Data from the NetBlocks internet observatory show that Venezuela’s state-run internet provider ABA CANTV (AS8048) has restricted access to YouTube, Twitter’s video service Periscope, Google services and Bing as of 4:00 p.m. UTC (12:00 p.m. VET) Tuesday 21 May 2019 during the live streaming of a session of the Venezuelan National Assembly. In the session, parliamentarians are set to debate the gasoline shortage crisis.

Security forces reportedly attempted to prevent Venezuelan lawmakers from entering parliament and blocked journalists from entering the federal legislative palace, in a bit to limit media coverage of the the sessions for a third week.

Update: Access to YouTube, Periscope, Google services and Bing has been restored at around 7:00 p.m. UTC (3:00 p.m. VET), a while after the conclusion of the National Assembly session:

Internet filtering in Venezuela has become increasingly pronounced in recent weeks, with a series of major disruptions during and after the uprising of April 30 2019. 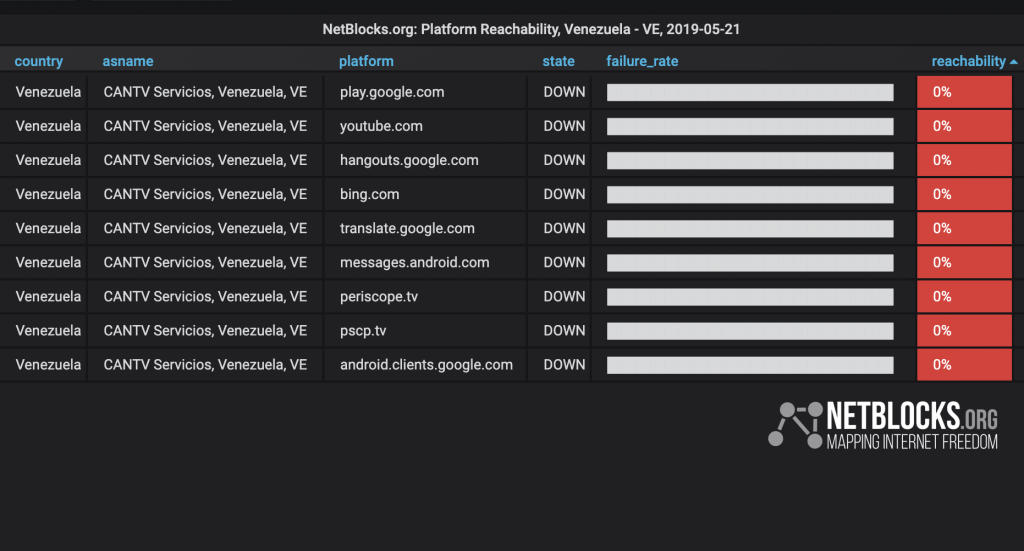