The NetBlocks internet observatory has identified critical infrastructure outages across Venezuela starting 8:55 PM UTC (4:55 PM VET) Thursday 7 March, as a power disruption has knocked much of Venezuela’s internet connectivity and its utilities offline. The outage is the largest in recent network measurement records across Latin America.

The disruptions come at a critical moment for political discourse and democracy in the country, which has been in the midst of a power transition since early January. Impacted regions from NetBlocks’ real-time data include Caracas (Distrito Capital), Aragua, Bolivar, Carabobo, Cojedes, Guárico, Vargas, Táchira, Mérida, Zulia, Maracaibo, Barinas and Nueva Esparta. Earlier today, YouTube was censored for over 20 hours and fears have been raised over the possibility of a larger blackout. 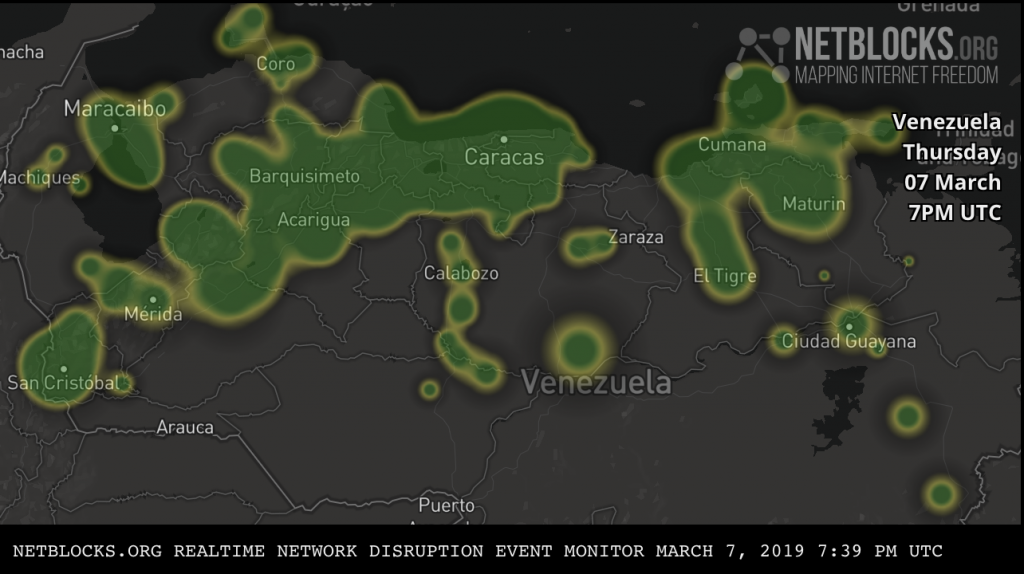 The current outages are the largest measured in 2019 in magnitude and extent, spanning across Caracas and having an impact across several major population centers. In previous incidents, hospitals reported failures of intensive care units although the rising human impact to local communities remains unknown.

The timing and coincidence with events of political significance in the region are likely to fuel suspicions and mistrust during the crisis. It is to be noted that the country does experience frequent power cuts, and Venezuela started power rationing and reduced its electricity consumption to about 14,000 megawatts at peak hours because of the economic crisis in 2018, making it difficult to produce a conclusive determination. NetBlocks historic data suggest that incidents of this scale are rare.

Venezuela has been without power for 17 hours. New connectivity charts show some of the last remaining networks falling offline with generators and backups depleting and cell towers shutting down: 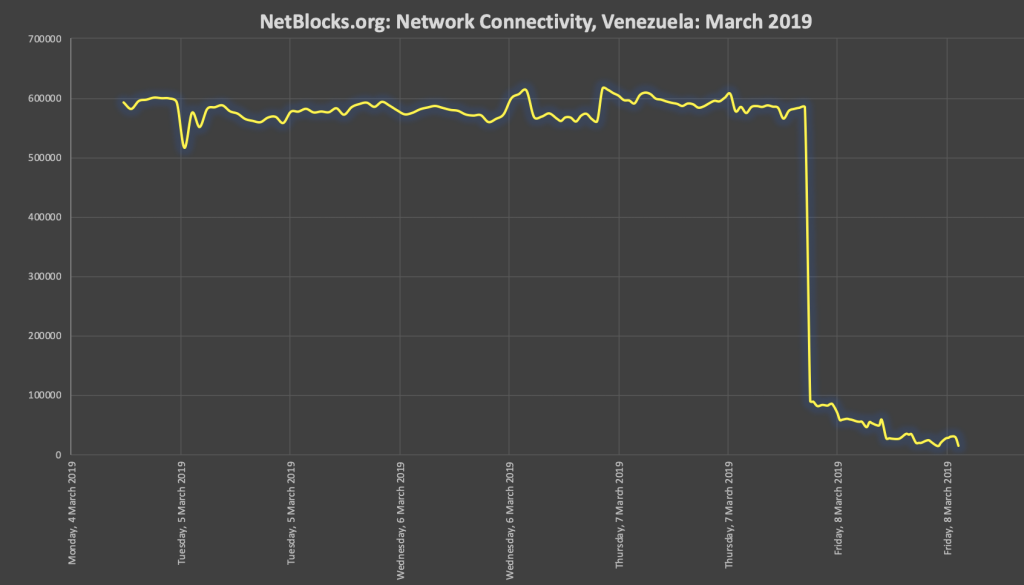 Update: #Venezuela has been without power for 17 hours; new connectivity charts show some of the last remaining networks falling offline with generators and backups depleting and cell towers shutting downhttps://t.co/W3eqPWQUPz pic.twitter.com/PBhjfwtnx8

Update: 8:00 PM UTC: Power is returning to parts of #Venezuela after 23 hours but new outages are slowing the recovery; data shows internet connectivity now at 20% up from 2% earlier today:

Update: Power is returning to parts of #Venezuela after 23 hours but new outages are slowing the recovery; data shows internet connectivity now at 20% up from 2% earlier today #apagon #SinLuzhttps://t.co/W3eqPWQUPz pic.twitter.com/Ub48mfWlr8 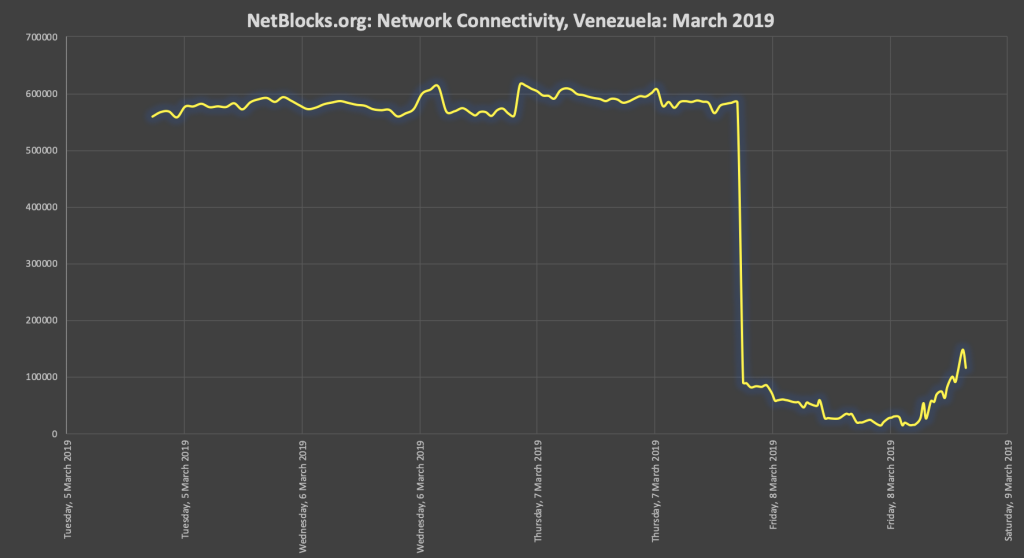 Update: Saturday 9 March: A second nationwide outage has disabled much of the remaining remaining infrastructure.

The NetBlocks Group is a civil society group working at the intersection of digital rights, cyber-security and internet governance. Independent and non-partisan, NetBlocks strives for an open and inclusive digital future for all.