Venezuela had been expected to hold some of its largest protests on Saturday after interim president Juan Guaidó called citizens to the streets through social media, which were met with a 20-hour block of YouTube by state-run internet provider ABA CANTV (AS8048). Media coverage emerging from Venezuela on Saturday immediately prior to the new outage showed a strong response from state police against the public assemblies.

Videos of an explosion at the Sidor electric substation in Puerto Ordaz, Guayana started to circulate on social media shortly after the latest disruption was detected, indicating a cause for the new outage.

The current outages are the largest measured in 2019 in magnitude and extent, spanning across Caracas and having an impact across several major population centers. Hospitals have reported failures of intensive care units although the overall human impact to local communities remains unknown. 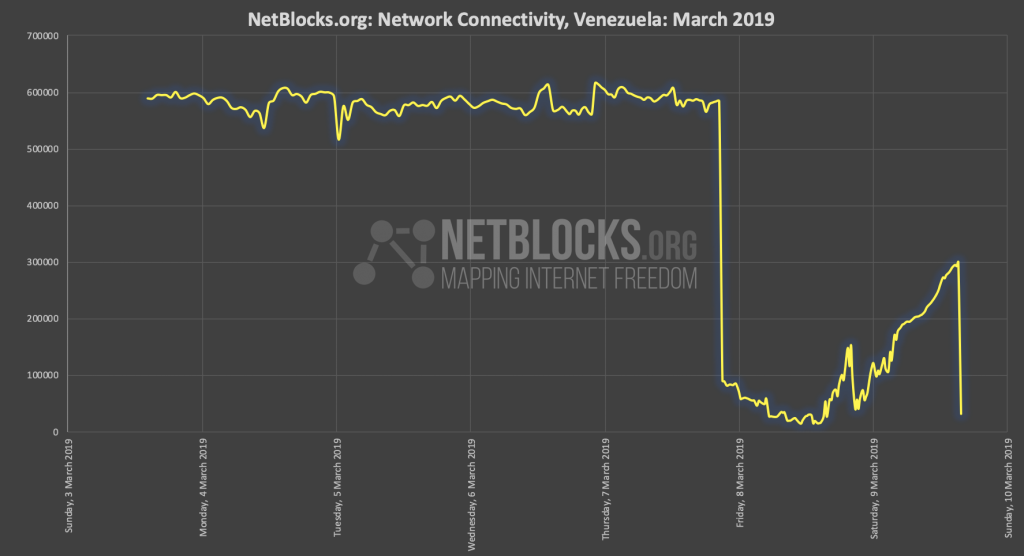 The timing and coincidence with events of political significance in the region have fuelled and mistrust during the crisis. It is to be noted that Venezuela does experience frequent power cuts, and Venezuela started power rationing and reduced its electricity consumption to about 14,000 megawatts at peak hours because of the economic crisis in 2018, making it difficult to produce a conclusive determination. NetBlocks historic data suggest that incidents of this scale are rare. 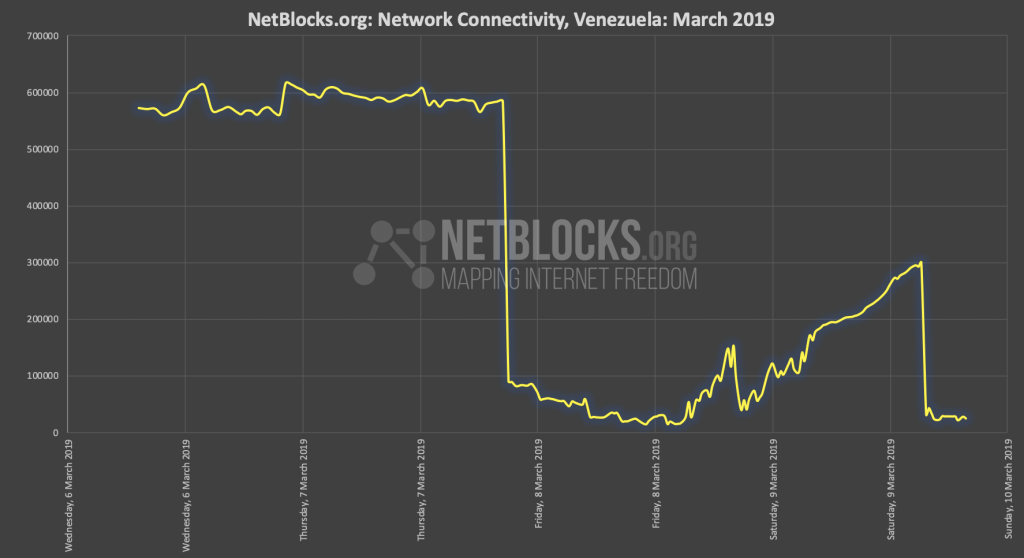