The NetBlocks internet observatory has identified a nationwide power outage and fluctuations in supply across Venezuela as of 5:45 p.m. Sunday 1 March 2020, impacting multiple states and cities and also affecting parts of Caracas, sending approximately 35% of the country’s telecommunications infrastructure offline.

Data indicate that several states of Venezuela have been severely impacted by the new power disruption with limited connectivity for many until some five hours later. Mobile networks were also partially affected by the disruption but were restored more rapidly after the fluctuations, which have been described variously as dips and surges, were observed.

The incident comes almost one year after the collapse of Venezuela’s national power grid. Impact to telecommunication networks was higher in this instance than in other cases since the onset of national grid failures on 7 March 2019.

In previous incidents hospitals reported failures and loss of life caused by failure of emergency and long-term healthcare systems. The human and economic impact of the failures remains largely unassessed. 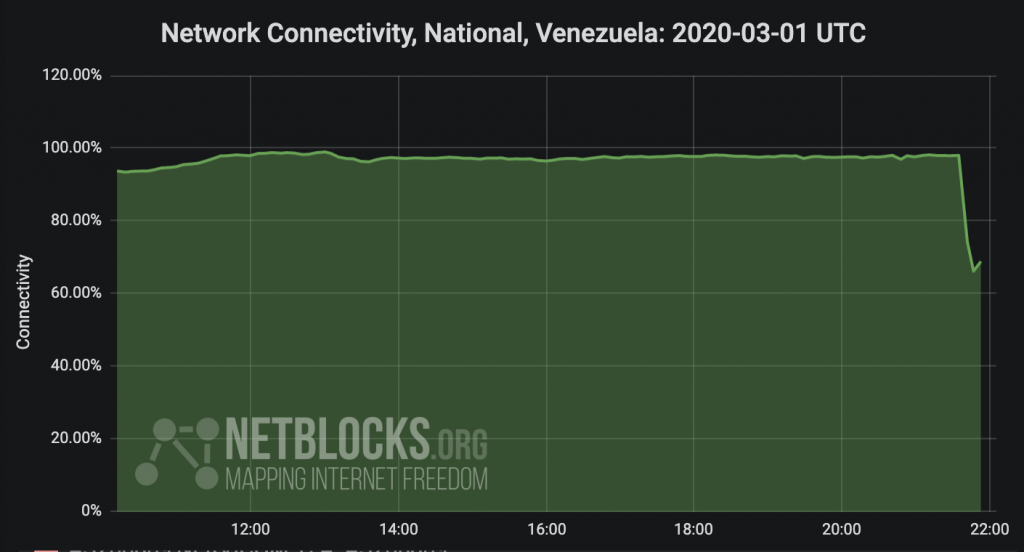