Speaking to local and international media, Guaidó called for an investigation contesting allegations put forward by the Maduro government of a corruption scheme where money was said to have been sent to Cúcuta to recruit “hitmen.”

The disruption, which has nationwide impact, matches similar restrictions observed in recent months. Filters have been implemented prior or during major public appearances in recent instances as well as reactively after the start of broadcasts. Data show that each of the disruptions are consistent with methods used to filter online content in Venezuela.

Update: Access to the restricted services has been restored as of 8:00 p.m. UTC (4:00 p.m. VET) following the end of the press conference: 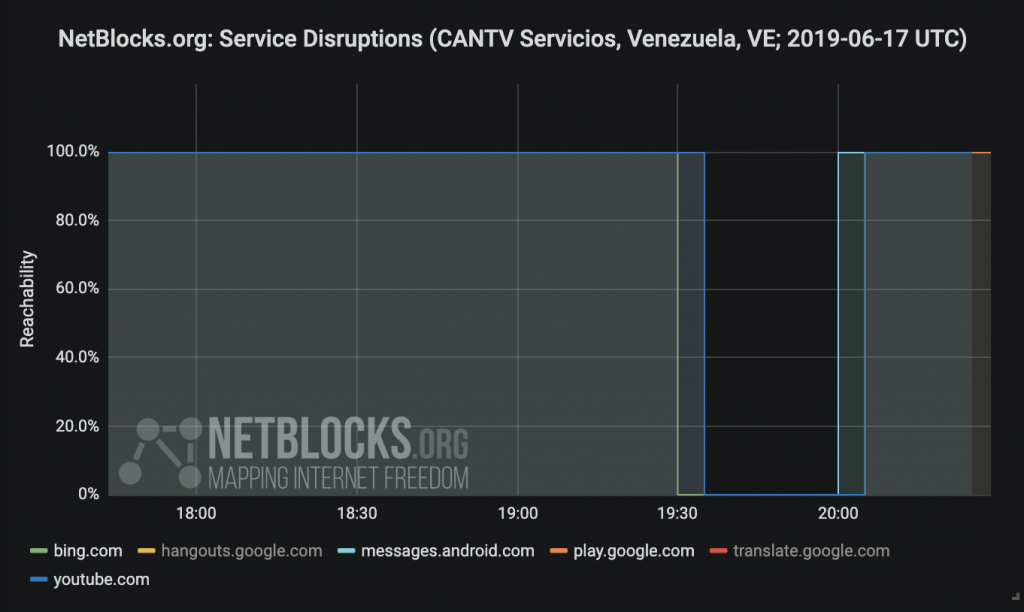 Network data also show that a similar set of services were disrupted during the 11 June sitting of the National Assembly:

Earlier incidents of network filtering in Venezuela have lasted from twelve minutes to over twenty hours, when YouTube was restricted hours before the country’s first nationwide power outage. 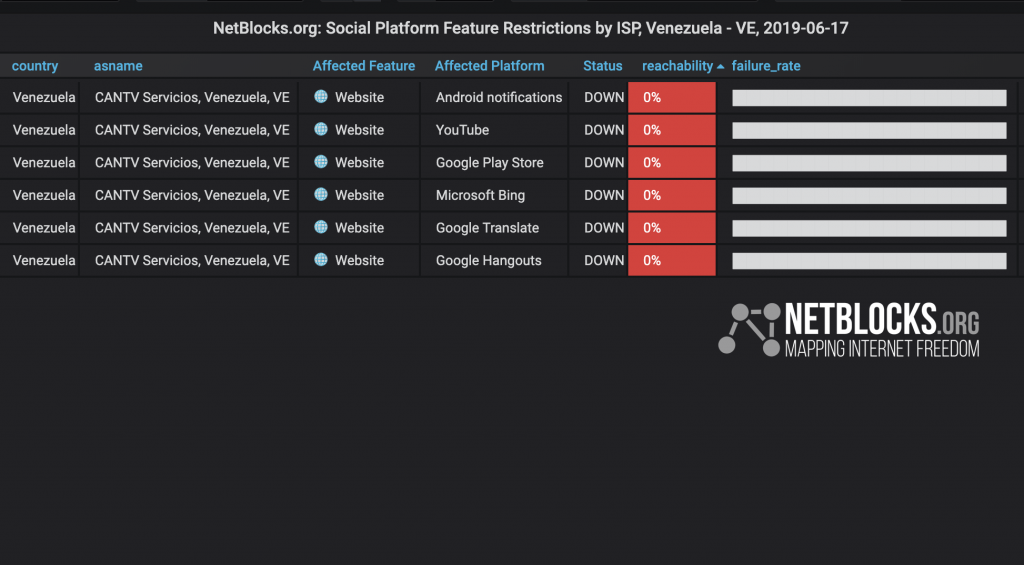