Network data shows that Venezuela’s state-run internet provider ABA CANTV (AS8048) restricted access to YouTube, Periscope, several Google services, Android mobile backend servers and Microsoft Bing on Friday 24 May 2019, from 3:25 p.m. UTC (11:25 a.m. VET). The nationwide block coincides with a live-streamed event at Andrés Bello Catholic University, where alumnus Juan Guaidó is joining a panel on plans for the future of the country.

The disruption, which has nationwide impact, matches similar restrictions that have been observed through recent days. Filters have been implemented prior or during major public appearances in recent instances as well as reactively after the start of broadcasts. Data show that each of the disruptions are consistent with methods used to filter online content in Venezuela.

Update: Access to affected services has been restored approximately 20 minutes after the conclusion of Guaidó’s presentation at the university hall:

Past incidents of network filtering in Venezuela have lasted from twelve minutes to over twenty hours, when YouTube was restricted hours before the country’s first nationwide power outage. 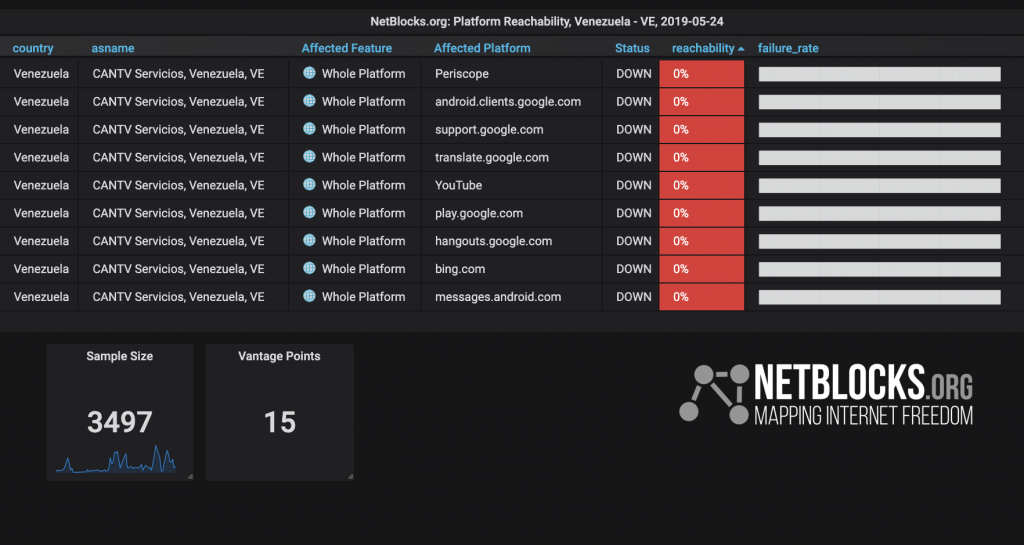