The move comes hours after security forces blocked Venezuelan lawmakers from entering parliament, and shortly after Guaidó’s presidential Twitter account announced that the public statement would be held at 3:30 p.m.

An estimated 50% of google.com search traffic now also appears to be disrupted in Venezuela as authorities attempt to restrict access to the YouTube live streams, as filters targeting Google’s streaming service appear to have also disrupted the company’s flagship search product:

Data indicate that connectivity was restored in two distinct phases following the end of the public statements: 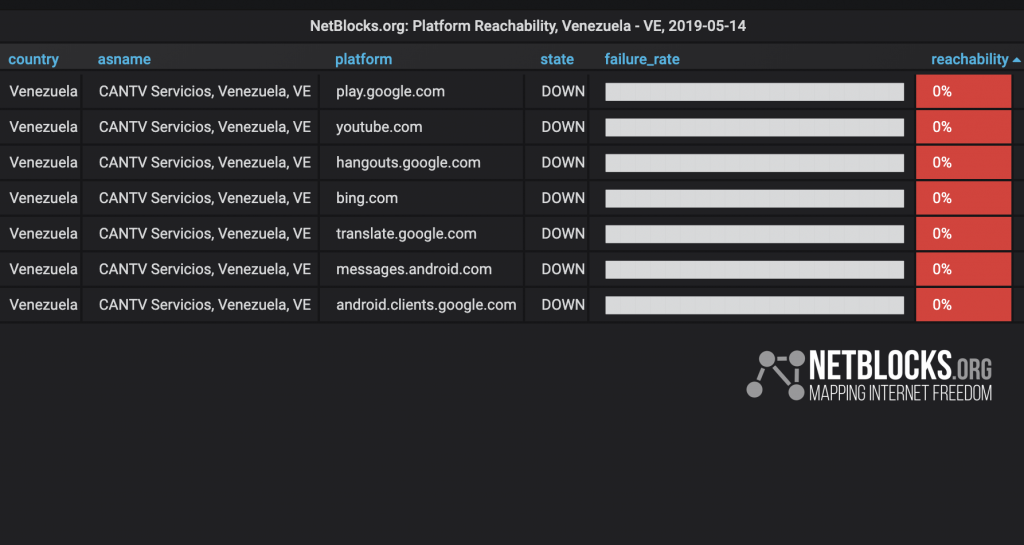