Network data shows that Venezuela’s state-run internet provider ABA CANTV (AS8048) is restricting access to YouTube, Google services, Twitter’s Periscope and Bing as of 16:52 UTC (12:52 VET) on 9 May 2019, as Juan Guaidó and politicians field a press conference at Altamira on the detention of National Assembly Vice President Edgar Zambrano last night.

Early this morning, YouTube and Google services were disrupted in Venezuela after the armed ambush by the Venezuelan Intelligence Service SEBIN which targeted Zambrano. The network disruption lasted three hours and coincided with further reported crackdowns, and with statements published by foreign governments condemning the detention.

Findings are based on a set of 300 network measurements collected from 30 vantage points across Venezuela. Each NetBlocks web probe measurement consists of latency round trip, outage type and autonomous system identity, in addition to a larger global control data set, providing a real-time view of service availability and performance in a given country. The restricted services remain accessible via VPN (Virtual Private Network) services that can be used to circumvent internet censorship.

Update: Affected services have been restored from 5:58 p.m. UTC (1:58 p.m. VET) seventeen minutes after the end of the press conference: 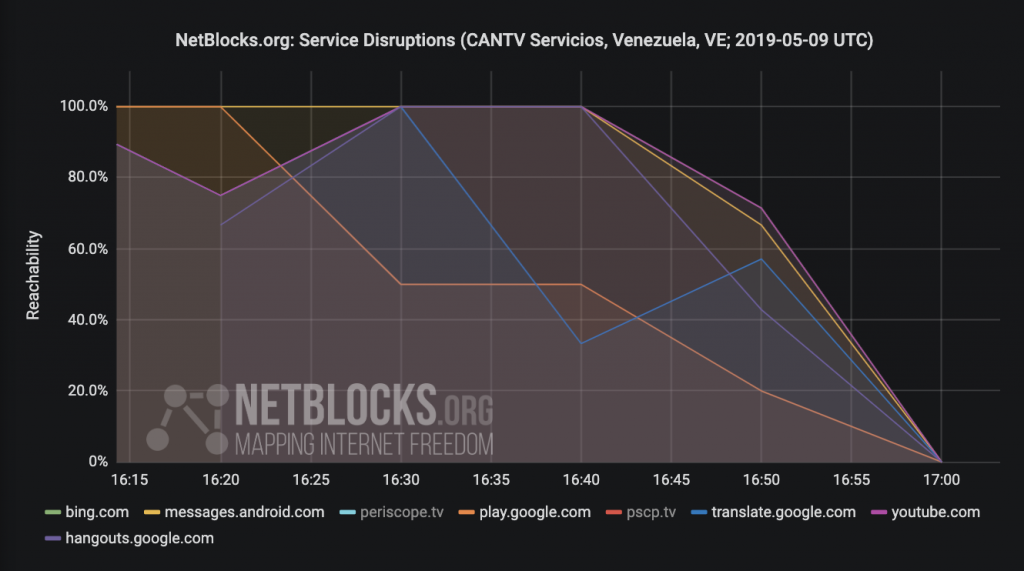