Network data shows that Venezuela’s state-run internet provider ABA CANTV (AS8048) has restricted access to Twitter, Periscope, YouTube, Facebook and several other services after Juan Guaidó used Twitter to announce the final phase of Operation Freedom from the perimeter of a military base in La Carlota. The project, which has reportedly gained the support of defectors from the military, has the stated goal of reinstating democratic establishments in Venezuela.

Access to each of the services remains intermittently available as the restrictions do not appear to be 100% effective, matching the patterns of network outage observed in previous nationwide censorship incidents.

With WhatsApp servers already unstable, Telegram messenger’s web interface and website have become fully unreachable for users of Venezuela’s state-run internet provider as of 21:00 UTC (17:00 VET). The two applications have been used extensively by Venezuelans to keep track of the situation in the country. Telegram includes blocking countermeasures which can allow the mobile version of the app to continue working: 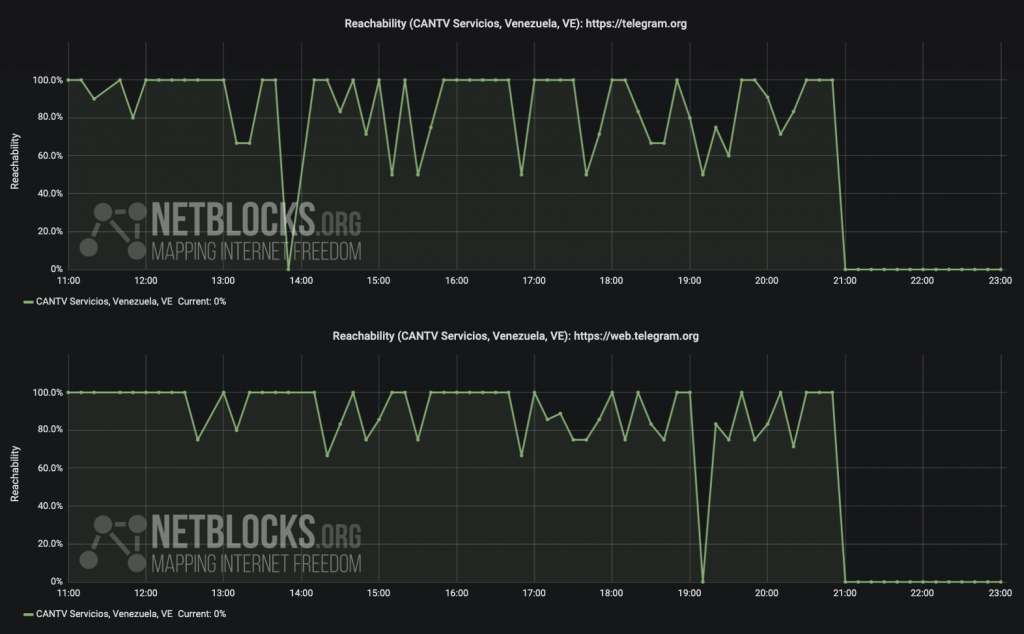 Internet access was finally restored towards the end of Tuesday, 20 minutes prior to a live-streamed speech by Nicolás Maduro: 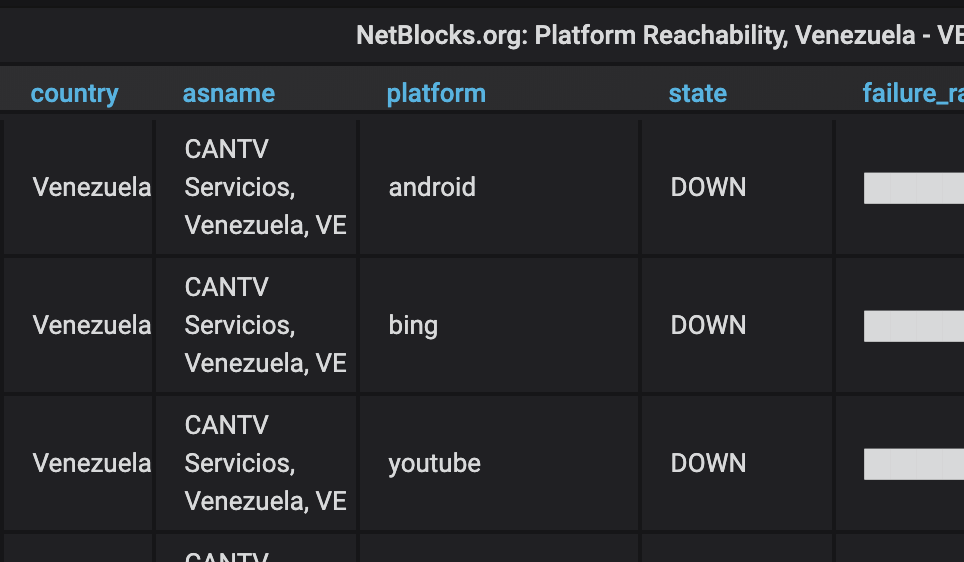 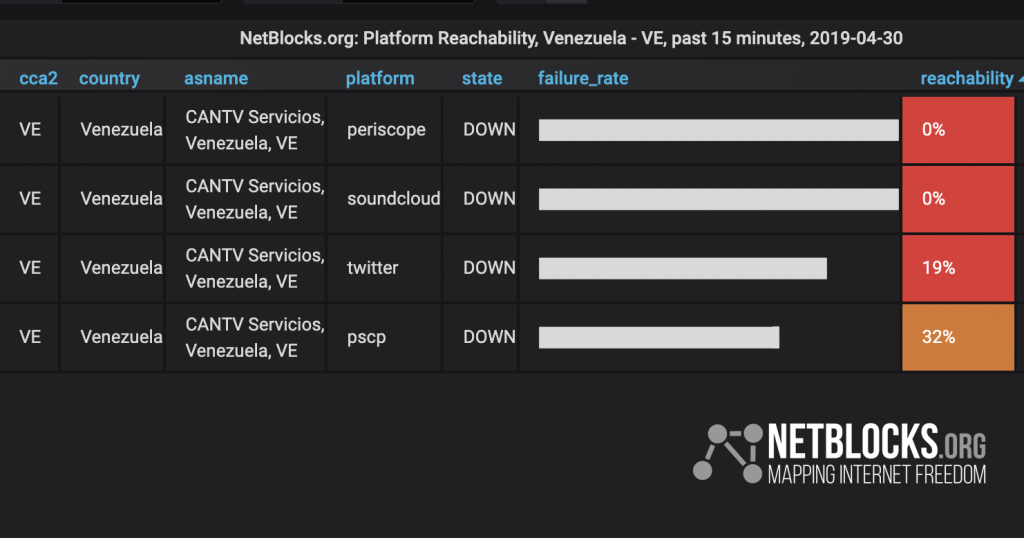 The outages mark a sudden escalation of internet censorship imposed by the state appearing to target critical speech. Data are consistent with previous targeted disruptions during public appearances by Juan Guaidó, and during sessions of Venezuela’s National Assembly.

However, the extent of blocking through Tuesday is unprecedented in NetBlocks’ archive of network disruption incidents in Venezuela.