Network data from NetBlocks confirm that social media platforms Twitter, Facebook, Instagram, and messaging apps Messenger and WhatsApp have been restricted on multiple internet providers in Zambia on Thursday 12 August 2021 amid presidential and parliamentary elections. Metrics corroborate widespread user reports of loss access to the services.

Measurements indicate that WhatsApp frontend and backend servers initially become unavailable from Thursday afternoon, followed by the other platforms approximately one hour later. The restrictions are likely to limit the free flow of information online presenting a challenge to election transparency as polls are held and votes counted. Social media access was restored from Friday evening while WhatsApp remained unavailable until Saturday morning.

How has the information blackout been implemented?

Technical data indicate that websites other than the affected platforms are not generally impacted. The disruption is consistent with techniques used to restrict online content close to the application layer, hence unrelated to maintenance work or physical layer outages and internet service remains otherwise operational.

Findings are based on real-time web analytics data and testing by contributors, updated with coverage from a set of 30 vantage points.

The legal status of potential election-period internet restrictions in Zambia is disputed. A week prior to the elections, word spread of potential government plans to shut down internet service during the elections. Authorities initially rejected the claims.

How can users regain access to social media and WhatsApp?

Internet users have confirmed to NetBlocks that VPN services are effective in working around the platform restrictions in Zambia. Virtual Private Networks provide an encrypted tunnelling mechanism that can circumvent online censorship.

What is the context of Zambia’s social media blackout?

Zambia’s elections are hotly contested, with the governing Patriotic Front (PF) and main opposition United Party for National Development (UPND) who say that the PF has not met the expectations of Zambians. 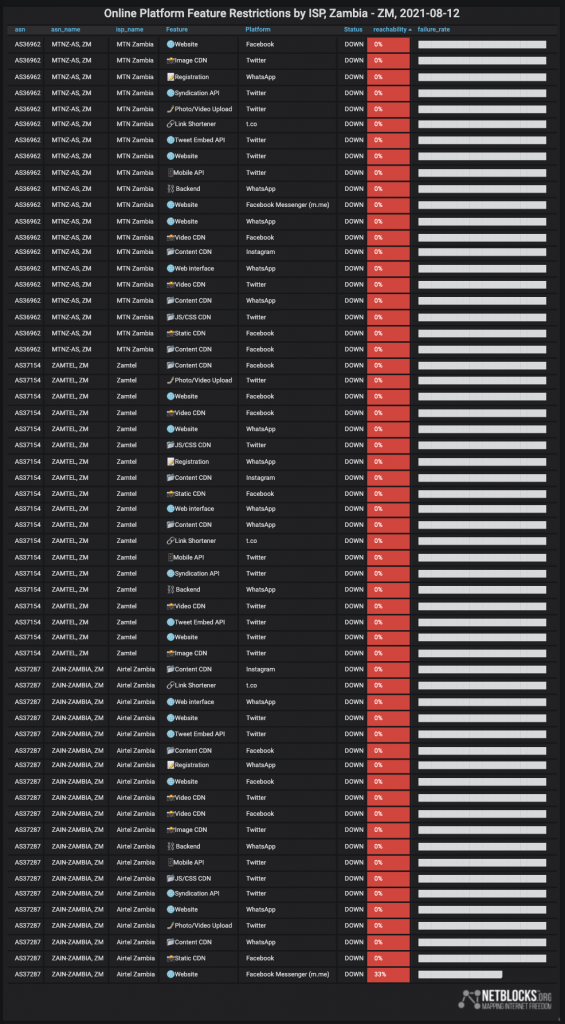 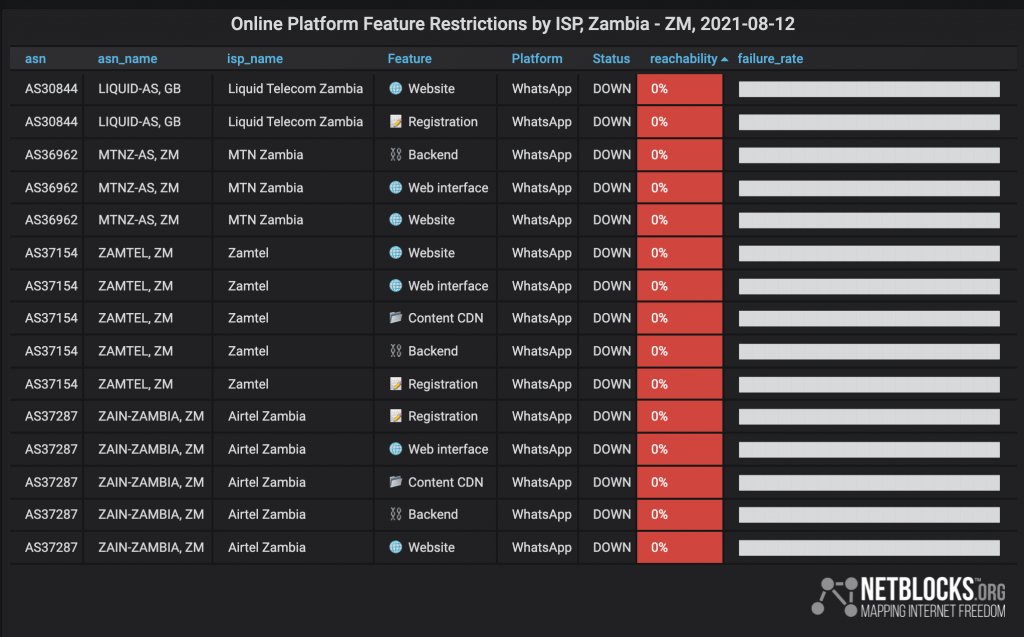 Published with thanks to Open Zambia, Erasmus Mweene and members of the public for their input during the preparation of this report.