Network data from the NetBlocks internet observatory confirm that social media and messaging apps are disrupted and unavailable in Burundi on the morning of Wednesday, 20 May 2020 as the country goes to elections.

Update: The restrictions are being lifted a day later as of Thursday, 6:30 p.m. local time. Users report being able to access affected services without using a VPN.

On Wednesday morning, Burundians reported problems with social media while members of the diaspora and journalists covering the polls noticed that WhatsApp messages had stopped reaching contacts within the country, sparking concerns that an internet shutdown had been imposed.

Metrics show that Twitter, Facebook, Instagram and WhatsApp are restricted via Burundi’s leading providers Econet (AS37336), Lumitel (AS327799) and ONATEL (37586) corroborating widespread user reports. YouTube and Google video servers are also found to be restricted, though at times intermittently available. 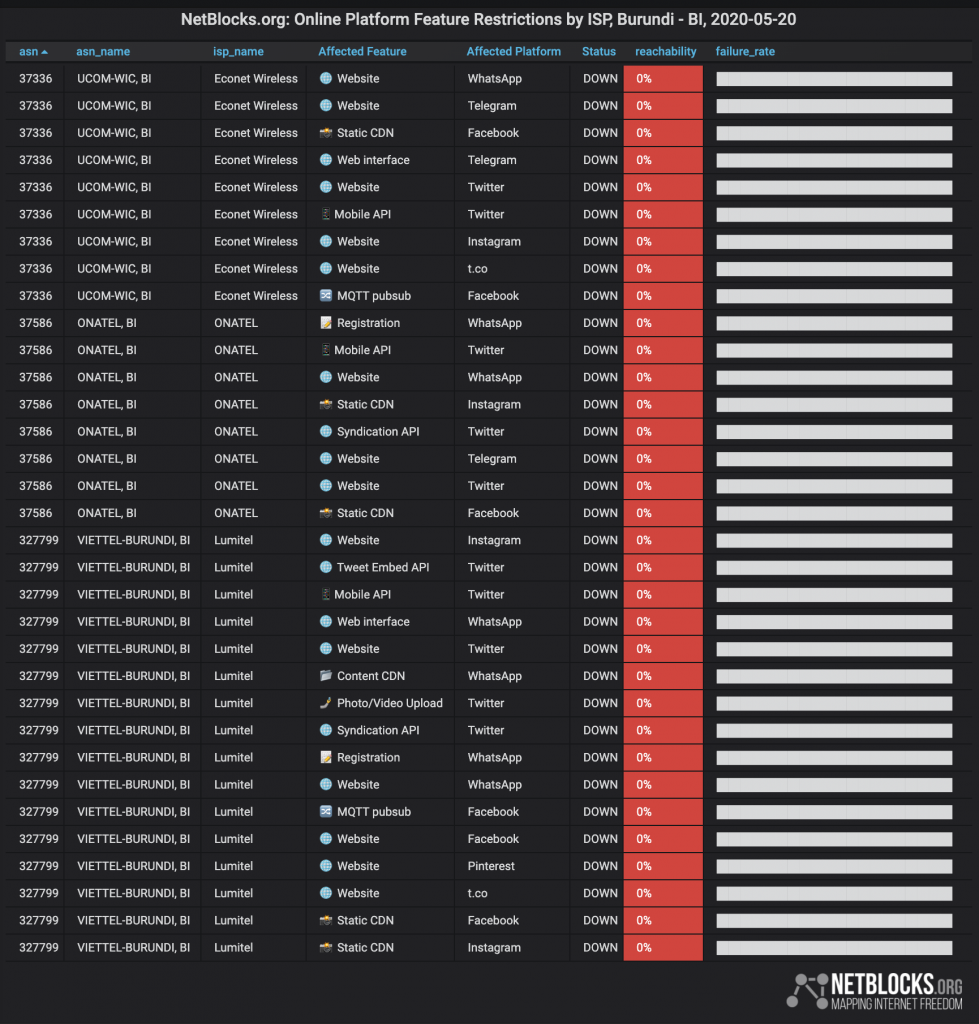 Performance data indicate high latency in addition to the specific service failures listed. Initial findings are based on a set of 200 data points from 25 network/location pairings within Burundi, corroborating the disruption’s national impact. Facebook Messenger, Snapchat and an assortment of less known platforms appear in the list.

Meanwhile, ICMP diagnostics run against a representative, pseudorandom sample of Burundi’s IP address space confirm that the underlying connectivity remains generally available, with no indication of a full network shutdown.

In a Tweet posted 6:16 a.m. UTC, Willy Nyamitwe. Ambassador Extraordinary and Senior Advisor to President Pierre Nkurunziza, denied that the internet had been cut.

However, comments posted beneath the Ambassador’s tweet note that social media services work only when VPN software capable of circumventing internet censorship is activated.

How can users get back on social media?

VPN services are understood to be partially or fully effective in working around the platform restrictions at the present time. Investigations into the mechanism of disruption are ongoing.

Burundi joins Guinea, Togo, Benin, Malawi, Mauritania, Mali, Cameroon and other countries in the region that have faced internet shutdowns and social media blockades during elections. 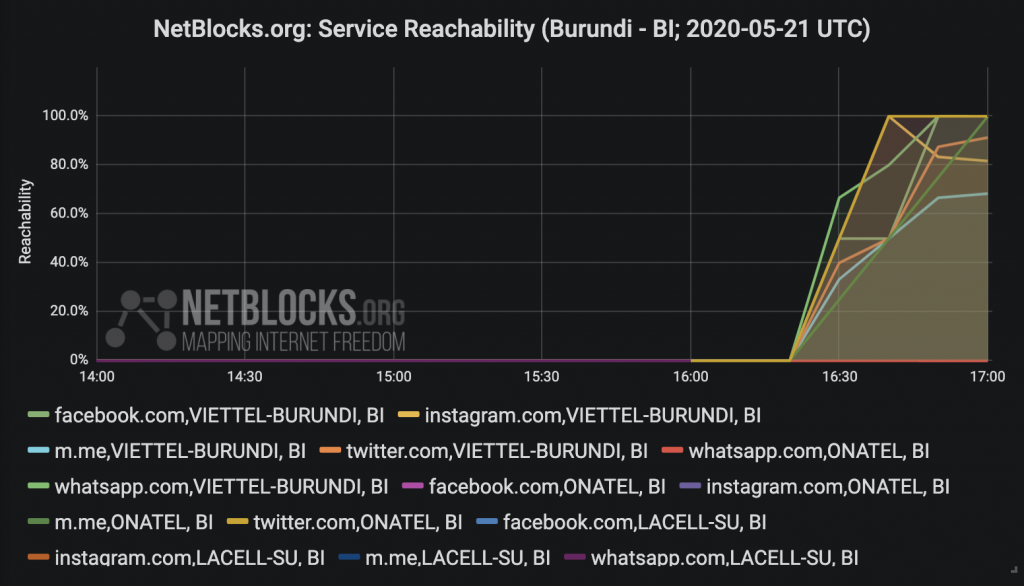 Burundi voted — but will the political situation change? – Global Voices