Data from the NetBlocks internet observatory show that multiple internet providers in Malawi experienced an outage spanning several hours on the evening of Tuesday 21 May 2019, election day, after Malawians voted to name a President, new MPs and local councillors.

Nationwide connectivity fell to 80% of normal levels from around 16:30 UTC during vote counting and the announcement of initial polling results, with access only returning at around 22:00 UTC. Data show that Malawi Telecommunications Limited, fiber optic network SimbaNET and ICT infrastructure operator Malswitch were affected, while access appeared to remain generally available via privately-owned internet providers.

Election observers in Malawi rely extensively on internet connectivity although the full impact on the electoral process has yet to be established. TV broadcasts and radio signals including those of BBC World and VOA Africa were also reportedly disrupted during the blackout.

A media shutdown in #Malawi as poll results are being announced large private broadcasters have gone off air, the internet where briefly shut down. #MalawiElections2019 #ZBSNews pic.twitter.com/70S2x08c5C

Update: Malawi has experienced a new internet disruption from 2:30 to 3:00 a.m. UTC Wednesday 22 May as vote counting and transmission of results continues, this time affecting provider Skyband. Both networks are usually reliable according to historic data and the disruptions remain unexplained at time of writing:

On 19 May, local news media reported meetings where possible measures to limit internet access were discussed, and the Malawi Communications Regulatory Authority (MACRA) issued a public warning about social media disinformation days prior to the election: 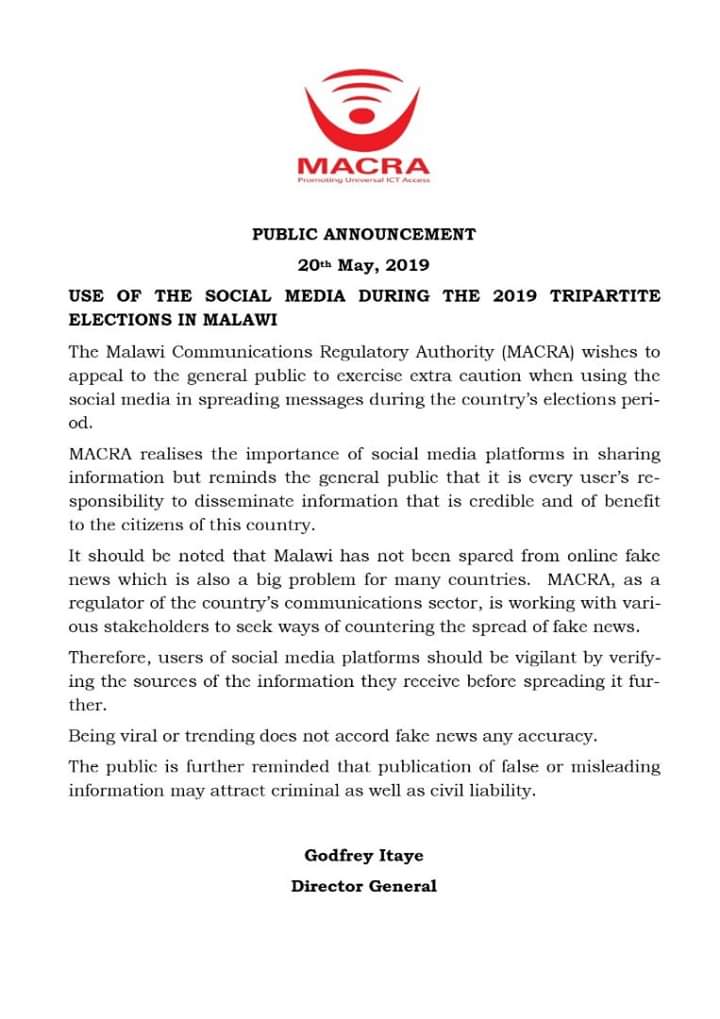 NetBlocks diffscans, which map the entire IP address space of a country, provide indications of the scope and timing of the disruptions.

Malawi joins African states Benin, Egypt, the DRC, Cameroon and Mali which have experienced partial or total internet disruptions with nationwide impact during and around the election period in recent months, with recorded incidents ranging from hours to several weeks. 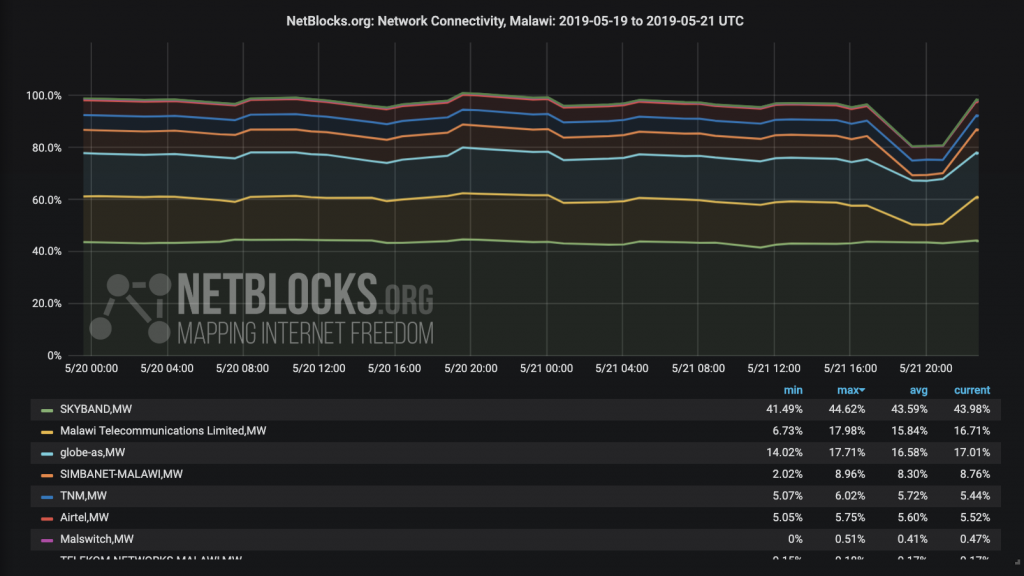