Findings are based on 500 network measurements taken across Venezuela. Unlike previous recent episodes of social media filtering, Twitter’s Periscope live video streaming service has not been significantly affected in this instance. The outage marks the continuation of ongoing ephemeral, or intermittent internet censorship imposed by the state appearing to target critical speech. Data are consistent with previous targeted disruptions during public appearances by Juan Guaidó, and during sessions of Venezuela’s National Assembly.

Venezuela saw a remission in ephemeral network filtering during the nationwide power outages through March. News media and campaign website filters nevertheless remained in place throughout that period and intermittent censorship resumed even as much of the country remained offline due to chronic power grid failures.

In the speech marking the anniversary of the Venezuelan War of Independence, Guaidó cited popular protests in Sudan which led to the ouster of President Omar al-Bashir as a model of resistance. NetBlocks recorded episodes of nationwide social media blocking affecting Sudan between December and April prior to the North African country’s transition.

Note: The updated chart below has one-minute rounding to provide a clearer representation of the incident’s onset and duration: 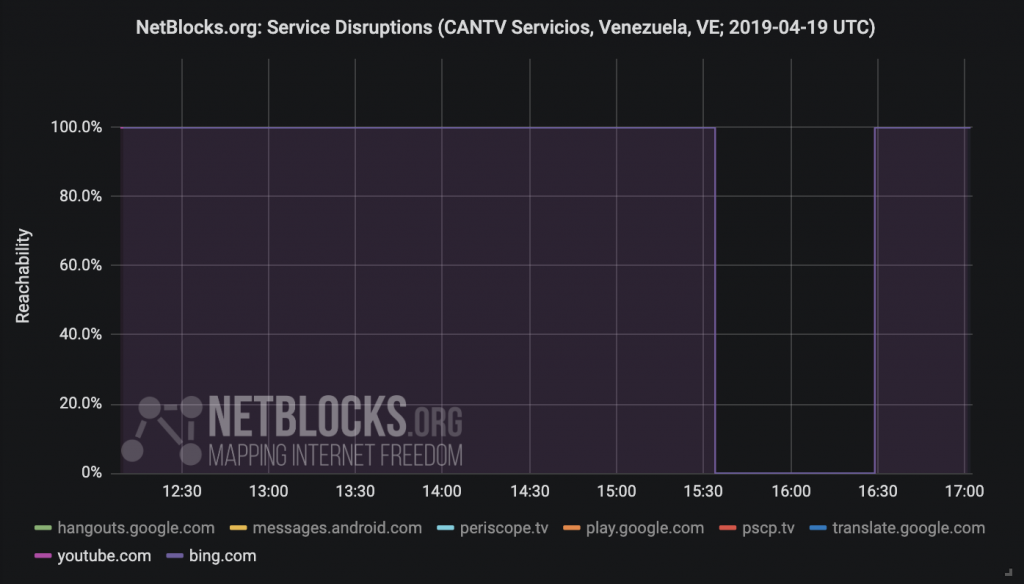