The nationwide block coincides with a live-streamed press conference held in Cúcuta, Colombia with US Secretary of State Pompeo and Colombian President Duque on the matter of Venezuela. 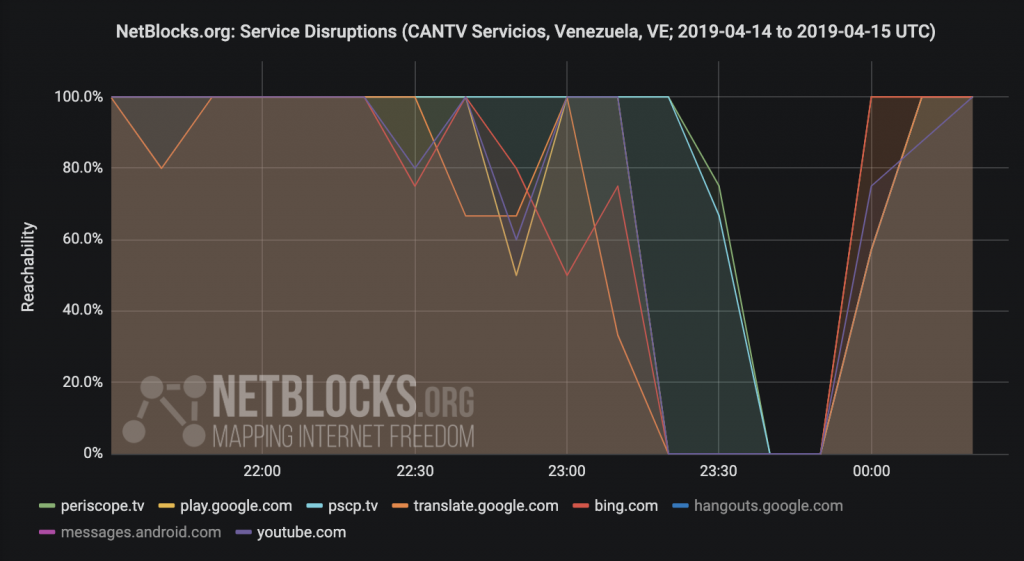 The new outages mark the continuation of ephemeral, or intermittent internet censorship imposed by the state appearing to target critical speech. Data are consistent with previous targeted disruptions during public appearances by Juan Guaidó, and during sessions of Venezuela’s National Assembly.

Venezuela saw a remission in ephemeral network filtering during the nationwide power outages through March. News media and campaign website filters nevertheless remained in place throughout that period and intermittent censorship targeting Guaidó resumed when much of the country remained offline due to chronic power grid failures.

The finding is based on a set of 2000 network measurements from 30 vantage points across Venezuela collected by the NetBlocks internet observatory and validated against a larger control set. At each point in time and at each location, the round-trip time or latency, along with network failure information is relayed and aggregated to get a picture of internet access quality in the world in real-time.