Network data shows that Venezuela’s state-run internet provider ABA CANTV (AS8048) is restricting access to YouTube, Google services and Bing at 16:35 UTC (12:35 VET) on 1 May 2019. The incident is continuing one hour following the disruption’s onset.

Yesterday, multiple services were restricted for much of the day after Juan Guaidó garnered a degree of military backing and called the public out onto to the streets for “Operation Freedom”, a project with the stated goal of reinstating democratic establishments in Venezuela.

The updated findings are based on 3000 network measurements taken from 200 vantage points across Venezuela prior to and during the hour following the speech collected by the NetBlocks internet observatory. Each web probe measurement consists of latency round trip, outage type and autonomous system identity, in addition to a larger global control data set.

Access to the services had only been recently restored by the service provider, minutes before adversary Nicolás Maduro gave a scheduled speech to the public:

The pattern of outages provides additional validation to support existing technical evidence of politically motivated censorship in Venezuela, highlighting the provision of fast and reliable internet service during announcements by Venezuela’s contested government. 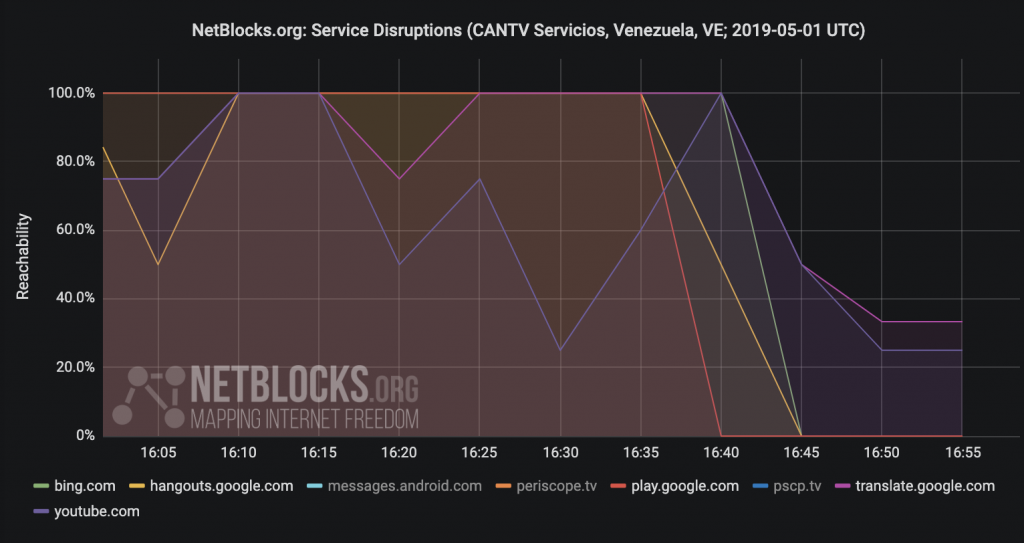