Mobile app store metrics from NetBlocks confirm the removal of a popular opposition election tracking app from the Apple App Store and Google Play Store. The incident comes as Russia holds parliamentary elections from 17 to 19 September 2021.

Report: Apple and Google have removed a Russian strategic voting app from the market upon government orders.

Metrics indicate the app, devised by jailed opposition leader Alexei Navalny, is available everywhere but #Russia as elections get under way.

How have the restrictions been implemented?

Metrics show that the applications have been withheld at the country level, such that they are no longer available in Apple and Google stores for the Russia market. The apps remain available in other countries.

On Friday, sources confirmed on background that at least one of the U.S.-based companies implementing the restriction felt compelled to comply for fear that local staff could face legal action upon receipt of a takedown order from the Russian Federation.

What are the Russian authorities saying?

As per a transparency notice issued to the app developer by Apple, Russia’s telecommunications regulator Roskomnadzor has ordered the company to remove the app from the Russia App Store because it “includes content that is illegal in Russia.”

In the notice, Roskomnadzor cites election interference and extremist activity in accordance with Article 9 of the Federal Law of 25.07.2002 No. 114-FZ as grounds for the takedown.

Users who had already downloaded the app prior to the app store takedowns will continue to be able to launch them, although no further updates will be possible.

Some users have been able to download the app by changing their app store region to a country other than Russia. However, this approach can lead to the loss of settings and may prevent future updates to other apps.

What is the context of Russia’s election app takedown?

While Russia views the takedown as a domestic matter, the act of compliance by two of the United States’ largest companies is likely to raise questions in both government and technical spheres.

Apple and Google now face renewed criticism over their walled-garden mobile app ecosystems, which hands over a degree of autonomy to governments that has traditionally been a user choice.

Voices in civil society have also been highly critical of the decision to comply with Russia’s order to take down the apps.

⚡❗ @Google and @Apple have removed the @navalny app from their stores

The whole world is watching you, and now you are helping a dictator who poison his political opponents with chemical weapon.

We have no words. #KeepItOn #выборы2021 @accessnow @netblocks 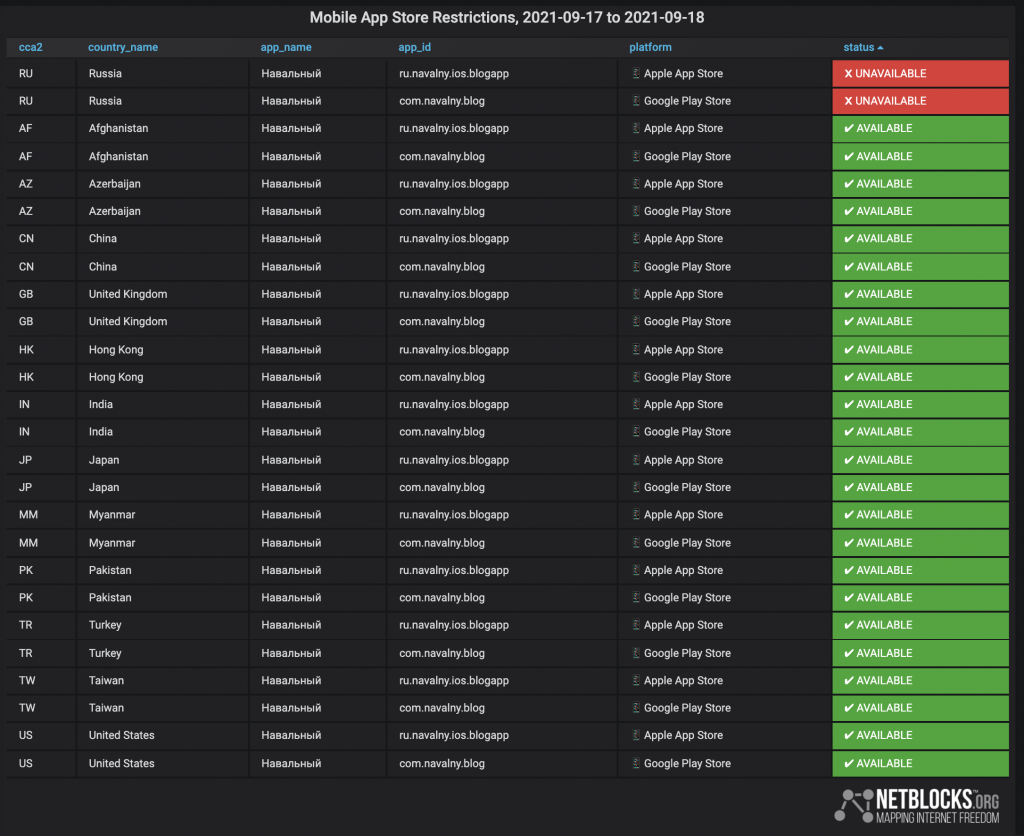