NetBlocks metrics confirm the restriction of Twitter in Russia from the morning of Saturday 26 February 2022. Facebook servers have subsequently been restricted as of Sunday. The restrictions are in effect across multiple providers rendering both social media platforms largely unusable, and come as Russian authorities and social media platforms clash over platform rules in relation to the invasion of Ukraine.

⚠️ Confirmed: Live metrics show that Twitter has been restricted on multiple providers in #Russia as of 9:00 a.m. UTC; the incident comes as the government clashes with social media platforms over policy in relation to the #Ukraine conflict 📉

Network data show that access to the Twitter platform and backend servers are restricted on leading networks including Rostelecom, MTS, Beeline and MegaFon as of 9:00 a.m. Saturday morning UTC.

⚠️ Confirmed: Facebook content servers are now restricted on #Russia's leading internet providers; the incident comes shortly after the restriction of Twitter as Russia clashes with social media companies over the invasion of Ukraine 📉

Meanwhile, Facebook CDN backend servers have been restricted on major providers on Sunday. The restrictions are implemented such that content no longer loads, or loads extremely slowly making the platforms unusable.

Circumvention is currently possible using VPN services, which can help users work around online censorship. However, many users do not have access to VPN software and the usage of both Twitter and Facebook in Russia is expected to fall significantly as a result of the measures.

On Thursday, access to Facebook severely deteriorated and the main platform became widely unusable across leading network operators, while international news media sites including the BBC were also restricted:

On Sunday 13 March, the restrictions were extended to cover Instagram.

The restrictions were later extended to cover more domestic and international websites including RFI (Radio France Internationale), the Russian-language edition of the Moscow Times and Human Rights Watch.

On Friday, Russian telecoms regulator Roskomnadzor issued a statement over the restriction of advertising for Russian news outlets on Facebook, stating that retaliatory limitations would be imposed on the popular social network.

Twitter, for its part, pushed back against Russian takedown demands which targeted a number of fact-checkers, restoring access to Twitter users from the OSINT community whose accounts had previously been taken down.

These events have taken place in the backdrop of anti-war protests in Moscow, which are coordinated and mobilised through social media and messaging applications.

U.S. and European businesses have been moving to demonetize Russian state-run content platforms in response to Russia’s invasion of Ukraine. The digital sphere in both countries has been fraught with a series of cyberattacks targeting defence and banking online infrastructure.

The latest incidents are part of a wider information war between Russia and detractors of its invasion of Ukraine. On Sunday, the Android app for Russian state-owned media outlet RT was removed from Google’s Play store:

ℹ️ Confirmed: App analytics data show that the #Russia state-owned media outlet RT has been removed from the Google Play Store in #Ukraine. The takedown is at the request of the government in Kyiv. RT remains available on Apple's App Store.

on Tuesday 1 March, Apple took a similar but more extensive measure against apps operated by the RT and Sputnik media outlets, making them unavailable outside Russia:

ℹ️ Confirmed: App analytics data show that #Russia state-controlled media outlets RT and Sputnik have been removed from the #Apple App Store everywhere except Russia. The removals come amid a global backlash against the invasion of Ukraine.

By Thursday, RT and Sputnik had been removed from the Google Play Store across the EU, UK and Ukraine, while the apps remained available in the US, Australia, Turkey and other countries:

ℹ️ Update: #Russia state-aligned media apps RT and Sputnik have now been removed from the Google Play store for Android phones in the EU, UK and Ukraine. They remain available in the US, Australia and other countries.

By Friday 11 March, restrictions were imposed on the Eurasia website of human rights organization Amnesty International, which hosted a petition to end Russia’s aggression against Ukraine. By Wednesday 16 March, further restrictions were implemented on independent media platforms including Bellingcat, and the trend has continued with a ban on Euronews coming into effect on 21 March. 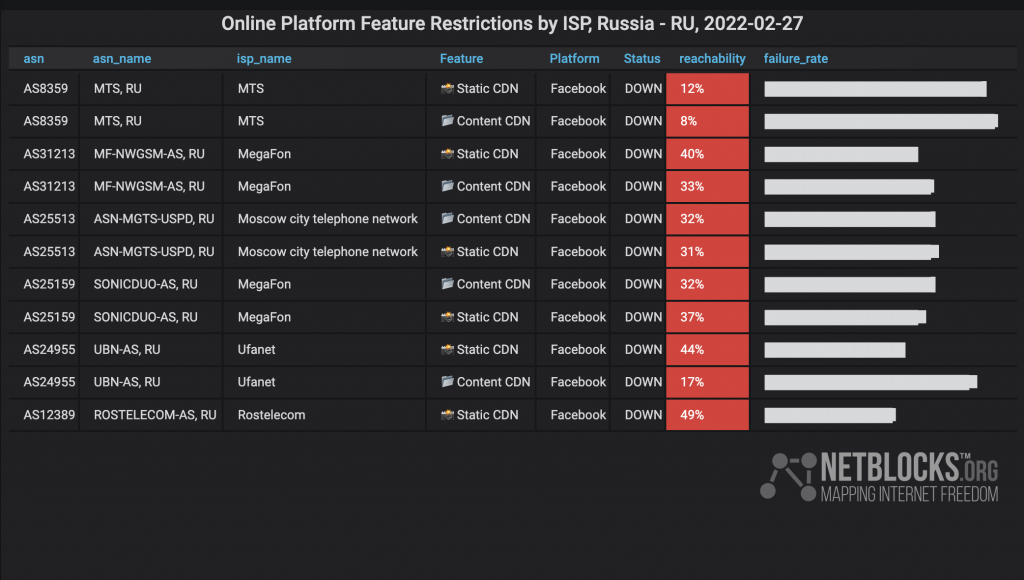