NetBlocks metrics confirm the loss of service to multiple banking and online platforms in Ukraine, in a manner consistent with a denial of service attack. The incident comes amid heightened tensions with neighboring Russia.

⚠️ Update: #Ukraine has been targeted by a series of DDOS attacks on banking and military services, bringing down PrivatBank and Oschadbank and sending defence sector platforms offline. The incident comes amid heightened tensions with #Russia.

Metrics indicate impact beginning from Tuesday afternoon intensifying in severity over the course of the day. Some service was restored by the evening. Ukraine’s Ministry of Defence also corroborated the attack, publishing a statement that it had likely been targeted by a denial-of-service attack. The impacted services had largely returned by Wednesday morning.

On Friday 18 February 2022, the U.S. White House attributed the spate of cyberattacks to the GRU, Russia’s largest foreign-intelligence agency.

The disruptions to banking and defense platforms on Ukraine comes amid sky-high tensions with Russia, which has been amassing troops on its border, sparking concerns of a potential imminent invasion. Cyberattacks have already played a role in the political conflict, and analysts believe it’s possible that the nation are engaged in hybrid warfare, spilling out into civilian and state technology platforms.

There is no direct attribution to Russia or any other state or non-state actor at the present time. Work is ongoing to assess the incident. 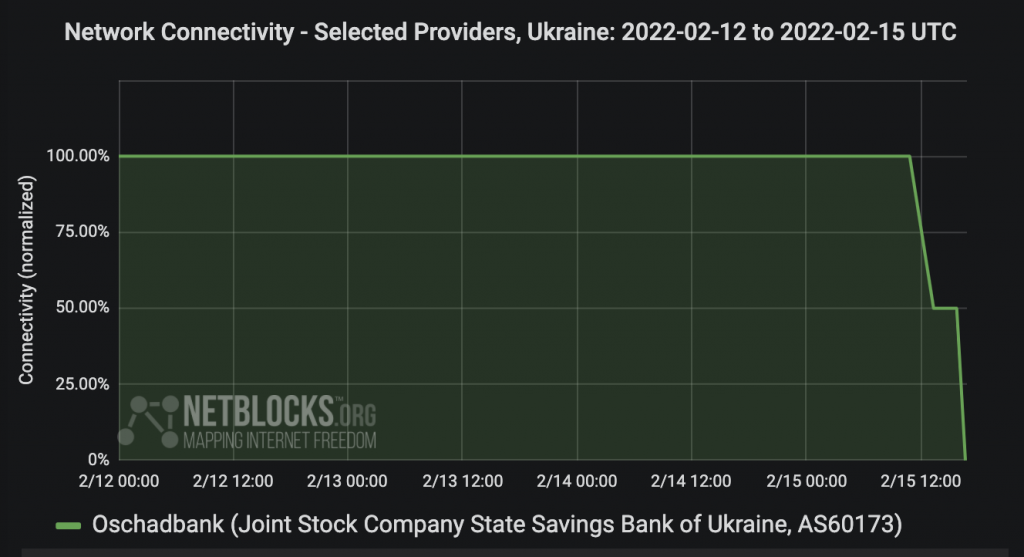 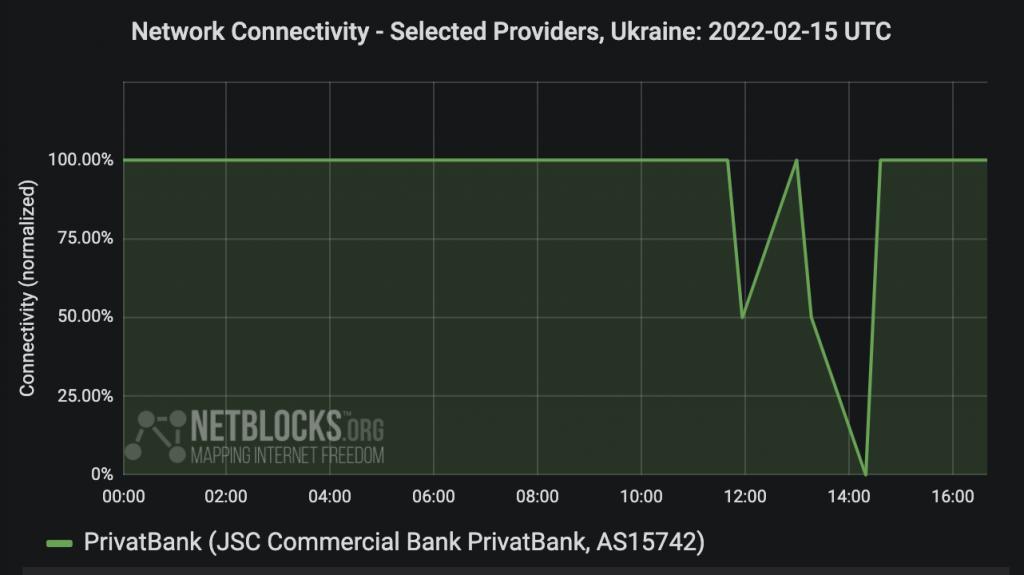