Network data from NetBlocks confirm a significant disruption to internet service in Luhansk, Eastern Ukraine on Thursday 17 February 2022. Metrics show a multi-hour loss of connectivity on infrastructure used by the Vodafone mobile network, corroborating user reports of loss of cellular service in Luhansk and Donetsk.

ℹ️ Update: Mobile internet service is returning to Vodafone subscribers in #Luhansk, eastern #Ukraine, after a network disruption that lasted over an hour and had high impact near the border with Russia.

The incident comes amid ongoing tensions with neighboring Russia and has sparked fears of impending conflict amongst subscribers and their contacts in Luhansk, which is situated close to the border with Russia. The outage comes amid shelling and military activity in the region.

On Friday 18 February 2022, Anton Gerashchenko, Adviser to the Minister of the Interior of Ukraine, attributed the disruption to an act of ‘purposeful sabotage’ targeting communications fiber networks to interfere with the work of a mobile operator, blaming Russian involvement.

ℹ️ Update: #Ukraine's Adviser to the Minister of the Interior has supplied an update on yesterday's Luhansk/Donetsk telecoms disruption, blaming Russian involvement and citing 'purposeful sabotage' to interfere in the work of a mobile operator. 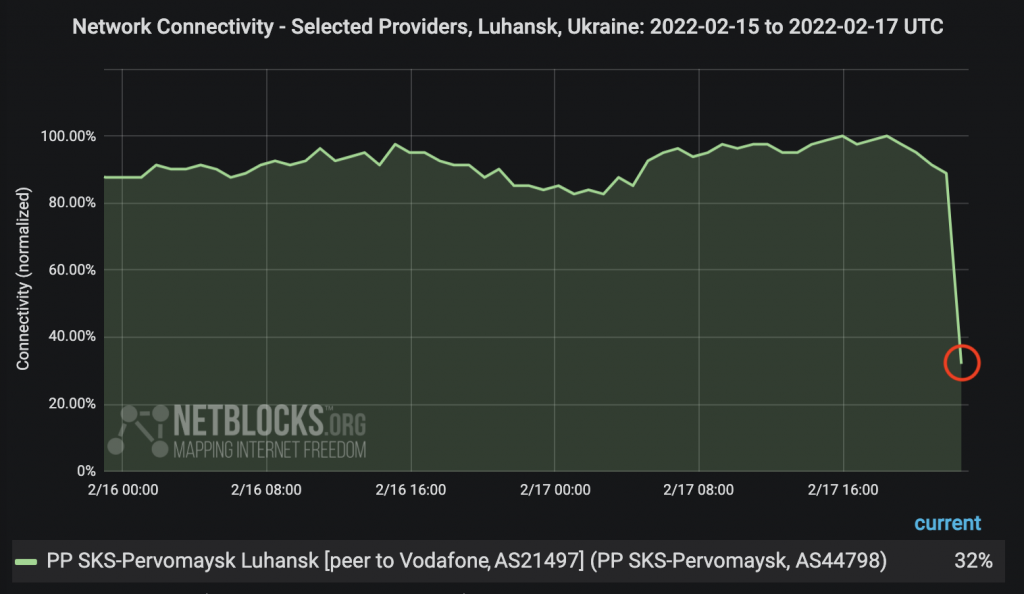