Network data from the NetBlocks Internet Observatory confirm disruption to internet connectivity in Armenia on the afternoon of Thursday 25 February 2021 amid turmoil in the leadership and claims of a military coup attempt. The anomalies have partial impact and corroborate user reports of issues getting online, affecting multiple networks. The disruptions may limit coverage of events on the ground.

Update: A partial internet disruption has impacted communications in #Armenia amid political turmoil as the Prime Minister decries an ouster attempt. Some restoration is now registered corroborating user reports.

Metrics show a fall in observed national connectivity to 82% of ordinary peak levels from around 2 p.m. local time, followed by a slight recovery as Armenia Prime Minister Nikol Pashinyan accused the army of attempting a coup. Work is ongoing to assess the incident with no direct attribution made at the present time.

Internet disruptions associated with political crisis have been on the rise in the region , with Azerbaijan using targeted restrictions on social media for an extended period amid deadly clashes over the Nagorno Karabakh territory, a measure taken by authorities with the stated goal to limit online influence operations. 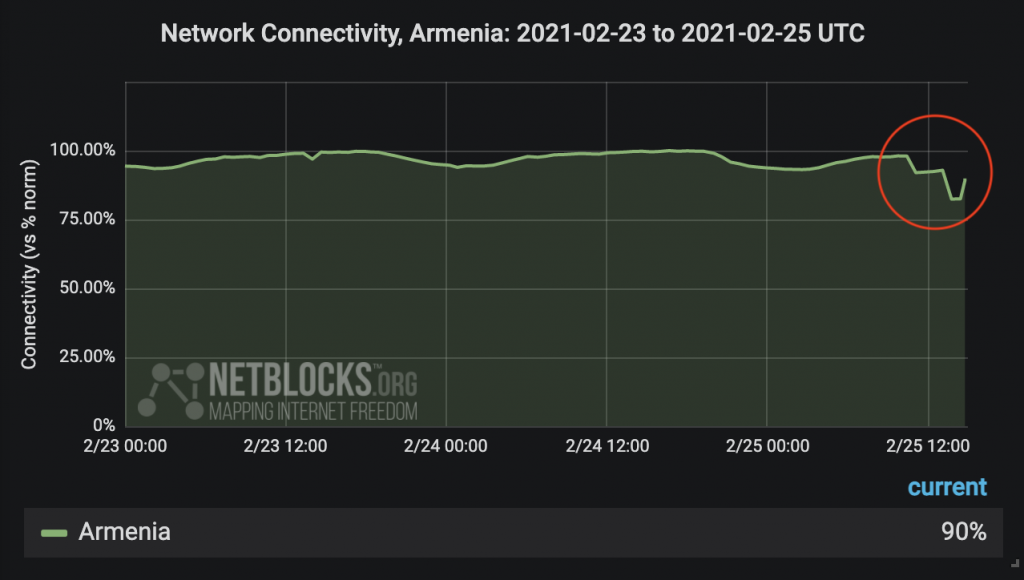