Network data from NetBlocks confirm a significant disruption to internet service in Kazakhstan from the evening of Tuesday 4 January 2022, progressing to a nation-scale communications blackout on Wednesday afternoon.

The disruptions come amid widening protests against sudden energy price rises that started on the weekend in the western town of Zhanaozen.

⚠️ Confirmed: #Kazakhstan is now in the midst of a nation-scale internet blackout after a day of mobile internet disruptions and partial restrictions.

The incident is likely to severely limit coverage of escalating anti-government protests.

Internet connectivity was largely restored on Monday 10 January after 8 a.m. local time, only to be cut again some hours later:

⚠️ Update: #Kazakhstan is again in the midst of a near-total internet blackout following a partial restoration of service earlier today.

The information vacuum continues to limit human rights monitoring and coverage of incidents on the ground.

Earlier, a brief partial restoration of connectivity was observed while President Tokayev gave a televised speech appealing for assistance from citizens and a Russia-led security bloc to help “save the state,” after which internet service was cut again in the early hours of Thursday morning:

⚠️ Confirmed: #Kazakhstan is again in the midst of a nation-scale internet blackout as of early morning Thursday.

While service was available, President Tokayev gave a televised speech appealing to Russia for assistance to "protect the state."

⚠️ Update: It's Sunday morning in #Kazakhstan where internet has now been cut for some 80 hours.

News from the country is scarce as President Tokayev orders troops to fire at "terrorists" without warning amid ongoing anti-government protests.

⚠️ Update: It's now Saturday morning in #Kazakhstan, where internet has been cut for some 60 hours.

The ongoing disruptions have placed public safety at risk per human rights monitors and left friends and family out of touch.

⚠️ Update: It's now Friday morning in #Kazakhstan where internet has been shut down for some 36 hours, placing public safety at risk and leaving friends and family cut off.

Connectivity levels continue to flatline at just 5% of ordinary levels.

The initial incident had high impact to mobile services and some fixed-lines from Tuesday, while the blackout beginning around 5 p.m. local time Wednesday affects almost all connectivity in the country.

Protests against rising energy prices were held in Kazakhstan for the third consecutive day at incident onset, with many demonstrators speaking out against the country’s leadership. The disruption is likely to limit the public’s ability to express political discontent and communicate freely.

Thousands are participating in the protests, which were sparked by the lifting of price caps on liquefied petroleum gas (LPG) over the New Year.

This class of internet disruption affects connectivity at the network layer and cannot always be worked around with the use of circumvention software or VPNs. The blackout has also resulted in the international loss of access to websites and services hosted in Kazakhstan, including government and news websites.

Kazakhstan has a history of internet restrictions to control protests, with previous nation-scale communication restrictions documented by NetBlocks during elections and the country’s Victory day. 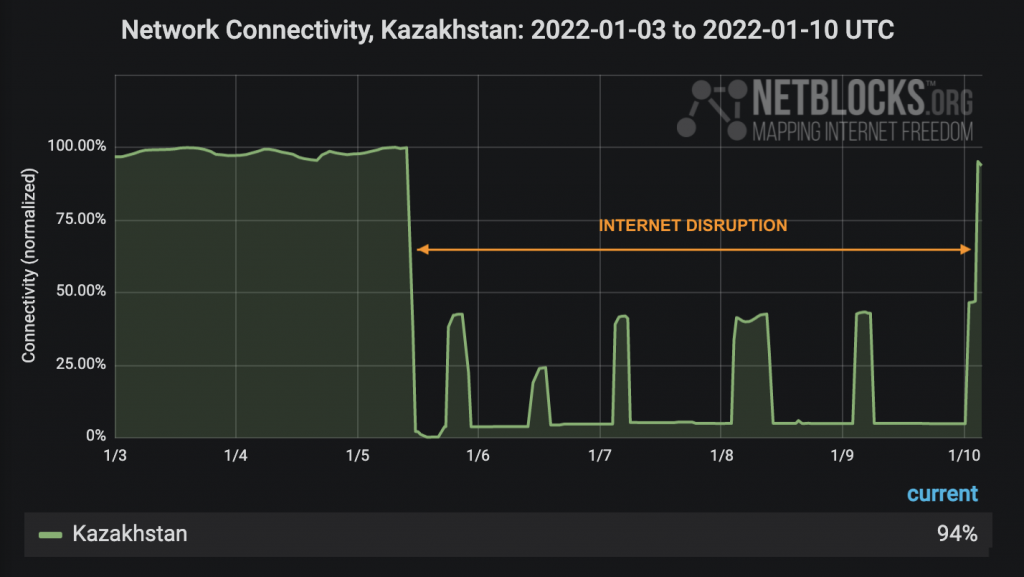 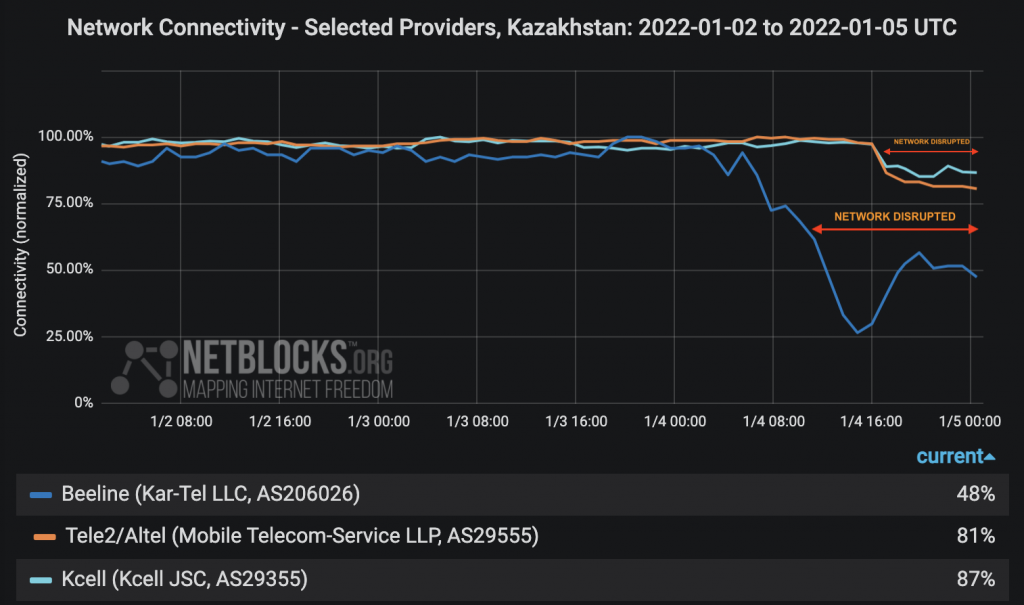 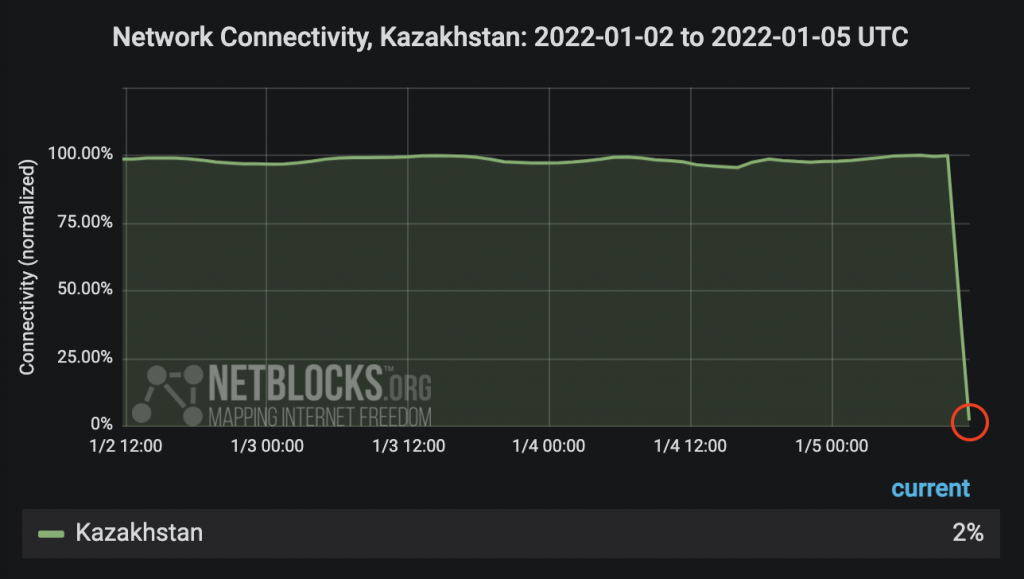