NetBlocks metrics confirm a major disruption to internet service on multiple providers in Somaliland from the early morning of Thursday 11 August 2022. The disruption comes as protesters with clashes leading to multiple casualties over the postponement of elections.

⚠️ Confirmed: Internet has been disrupted in #Somaliland ahead of planned protests over the postponement of elections; metrics show reduced connectivity on multiple operators with high impact to #Hargeisa.

Opposition party members had predicted in advance that internet access would be cut ahead of the scheduled protests. Somaliland authorities approved the demonstration, with opposition and the government agreeing that protests were to take place at party headquarters, however activity has since spread to multiple cities. Authorities stated that opposition leaders would be accountable for any issues emerging during the protests. 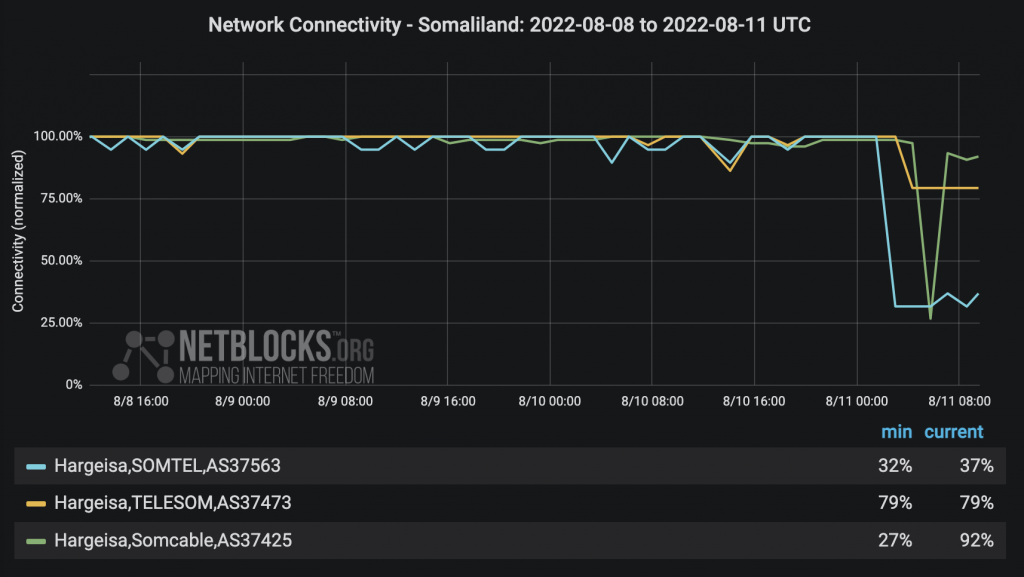