NetBlocks metrics confirm the disruption of internet service on multiple providers across Sudan after 8 a.m. local time Thursday 30 June 2022. The incident came as protesters took to the streets to call for a civilian-led government in opposition to the military junta that took power in the October 2021 coup. Service was restored after some 20 hours.

ℹ️ Update: Internet access in #Sudan has been restored following a day of telecommunication blackouts amid pro-democracy rallies, where several demonstrators are reported to have been shot and killed; incident duration ~20 hours #June30March

Real-time network data show the restriction coming into effect across multiple mobile and fixed-line internet providers including state operator Sudatel in a pattern consistent with an intentional disruption to service, corroborating user reports of outages in multiple cities.

National connectivity is observed at just 17% of ordinary levels as of Thursday morning. The restrictions impact many internet users in Sudan and are likely to significantly limit coverage of events on the ground. This class of disruption cannot be readily circumvented through the use of VPN services.

The military junta has used a variety of techniques to silence opposition voices, including network disruptions, social media restrictions and telecommunications blackouts since October 2021. Further, Sudanese internet and telecommunication companies have increasingly fallen under the influence or control of the military following the 2021 coup, adding barriers to the implementation of rights-respecting internet governance policies. 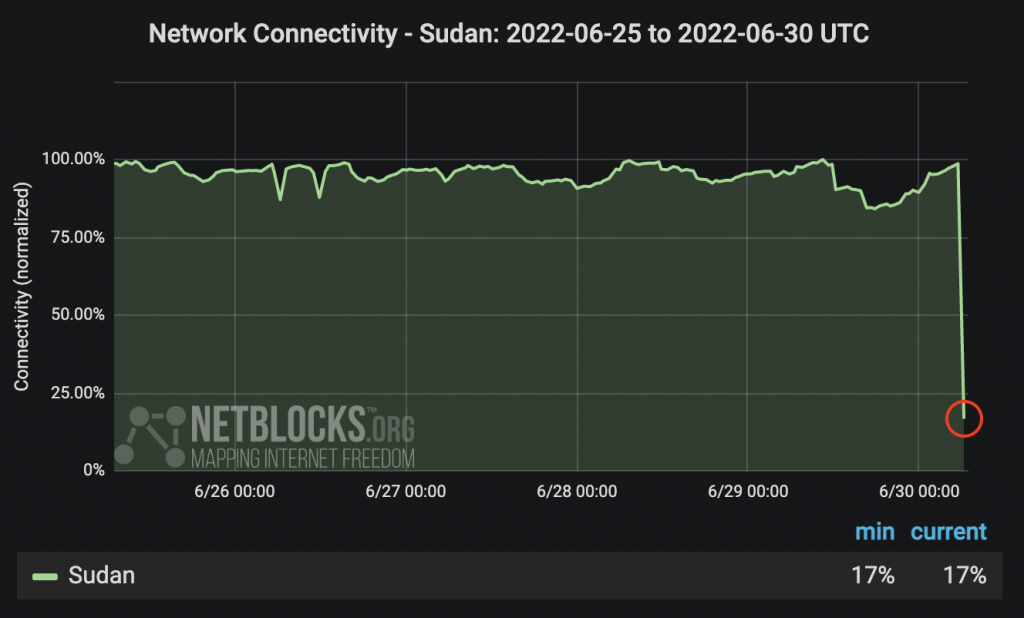