Network data from NetBlocks confirm a significant disruption to internet service in South Sudan from the evening of Sunday 29 August 2021 affecting cellular and some fixed-line connectivity. The incident, which continued until Monday evening, comes ahead of protests planned by the People’s Coalition for Civil Action (PCCA), which is calling for the leadership to resign.

Metrics corroborate user reports of cellular network disruptions and appear consistent with an internet shutdown intended to control protests. The disruption is likely to limit the free flow of information online and news coverage of incidents on the ground.

This class of internet disruption affects connectivity at the network layer and cannot always be worked around with the use of circumvention software or VPNs. Hence, it can limit access to information without the implementation of a total or national network blackout.

Later on Monday, an industry source confirmed to news agency Reuters that the disruption was implemented in compliance with a government directive. Investigations into the impact, extent and context of the incident are ongoing. 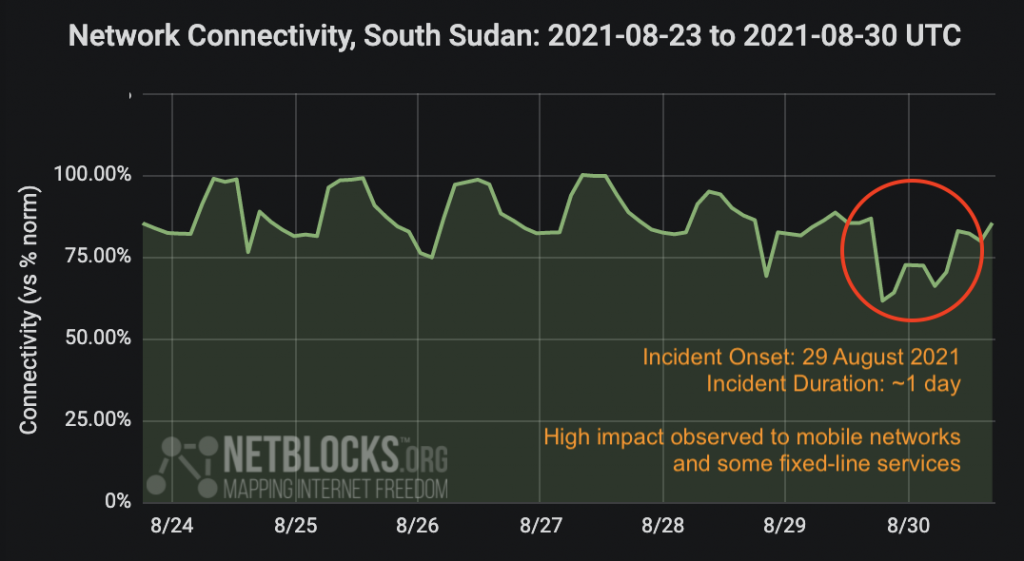