Multiple internet providers in Kazakhstan have blocked access to major social networks and online platforms Facebook, Instagram and YouTube as well as news and campaign websites on 9 May 2019, according to NetBlocks internet observatory network measurements.

The restrictions appear to have come into place after dissident groups called for demonstrations to take place on May 9, as Kazakhstan and former Soviet states commemorate their World War II victory.

Network data show that restrictions have been implemented at the ISP level variously this morning, or late Wednesday evening. The blocks now affect most major internet providers although the complete set of sites restricted varies by ISP.

Access to various independent news media sites was restored along with the social platforms:

NetBlocks internet observatory measurements indicate Internet providers in Kazakhstan had cut social media platforms Facebook, Instagram and YouTube by around 7:00 a.m. UTC (1:00 p.m ALMT) as Victory Day ceremonies were under way, while some restrictions were put in place hours earlier:

Internet scale measurements indicate some networks may have been completely disabled, preventing all internet access to subscribers to those services, pending further investigation.

Kazakhstan is set to hold presidential elections on 9 June 2019 following the resignation of long-term president Nursultan Nazarbayev in March. 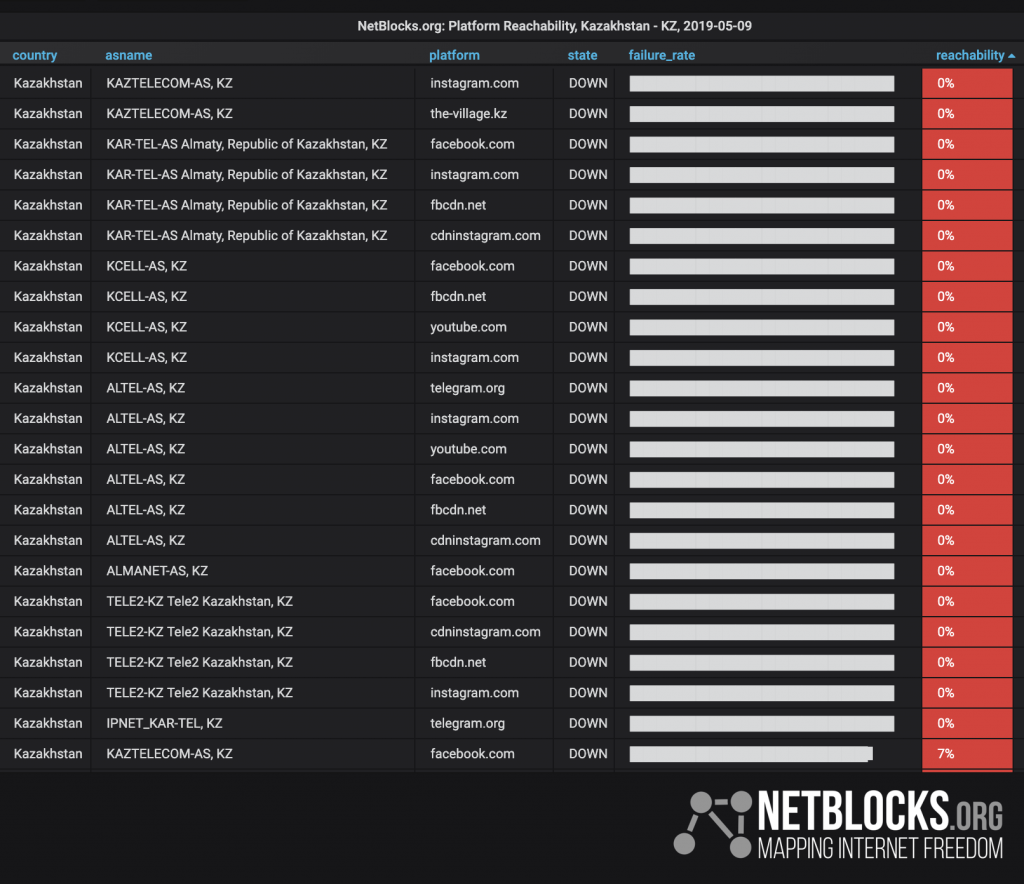