The restrictions have come into place as a security measure declared by the Ministry of Transport, Communications and Technology to “prevent large-scale provocations from Armenia” as Azerbaijan declares marshal law. Both countries have mobilized armed forces.

Internet performance metrics from 15 observation points confirm that listed online platform backend and frontend servers are restricted on fixed and cellular lines on Baktelekom (AS28787), Azercell (AS31721) and Bakcell (AS197830), corroborating user reports. Some mobile apps remain partially available.

Azerbaijan and Armenia have been in a bitter standoff marked with outbreaks of conflict since war broke out in the 1990s. The dispute has increasingly played out in the digital space through the use of state-sponsored and organic influence campaigns. These are amplified by a global diaspora and shaped by geopolitics that emerged following the collapse of the Soviet Union in 1991, when Nagorno-Karabakh was split from Azerbaijan. 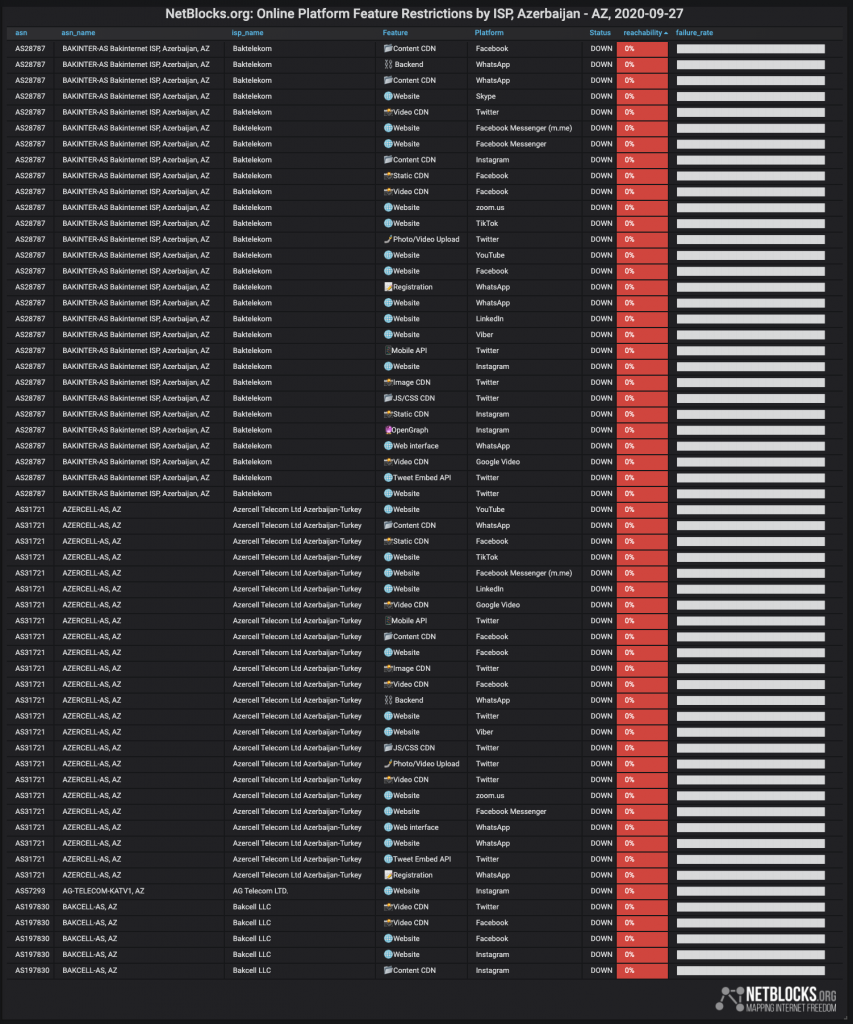