Network data confirm the restriction of social media platform TikTok on multiple internet providers in Azerbaijan and Armenia amid deadly clashes between the two countries as tensions rise over the Nagorno-Karabakh region.

Real-time NetBlocks metrics show that social media and communications platform TikTok is unavailable for many users in both countries at the time of writing.

The State Security Service of Azerbaijan announced the official suspension of TikTok on grounds of national security, stating that military secrets and misinformation were being spread on the platform. TikTok has become a central rallying point on both sides of the conflict since 2020 when the conflict last flared up.

This class of disruption can be worked around using VPN services, which are able to circumvent government internet censorship measures. VPN usage rose significantly during the previous instance of social media censorship in 2020, when access to several major social platforms was restricted across Azerbaijan.

Azerbaijan and Armenia have been in a bitter standoff marked with outbreaks of conflict since war broke out in the 1990s. The dispute has increasingly played out in the digital space through the use of state-sponsored and organic influence campaigns. These are amplified by a global diaspora and shaped by geopolitics that emerged following the collapse of the Soviet Union in 1991, when Nagorno-Karabakh was split from Azerbaijan. The conflict reached the digital sphere in September 2020 when Azerbaijan imposed widespread social media and content platform restrictions. 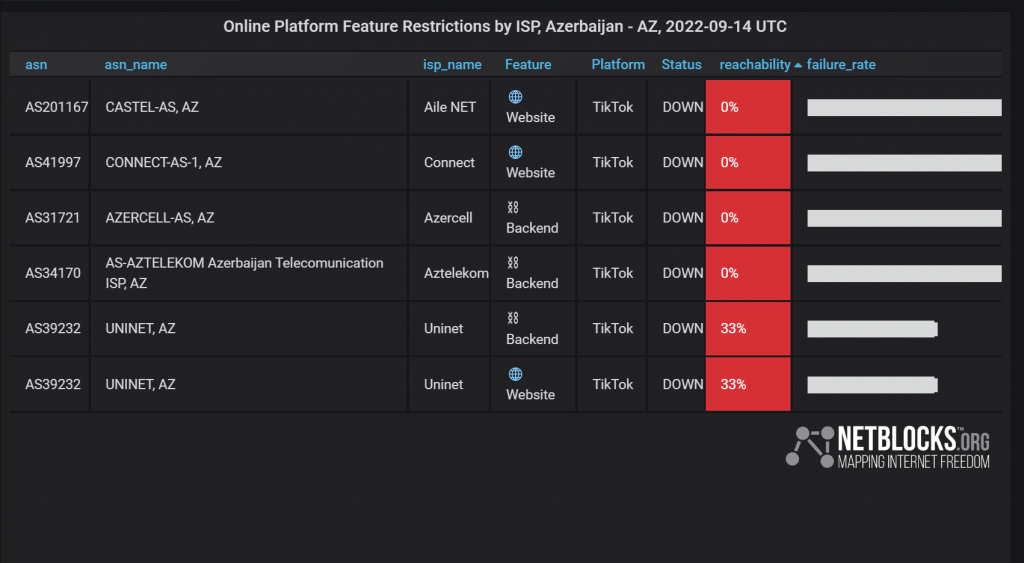 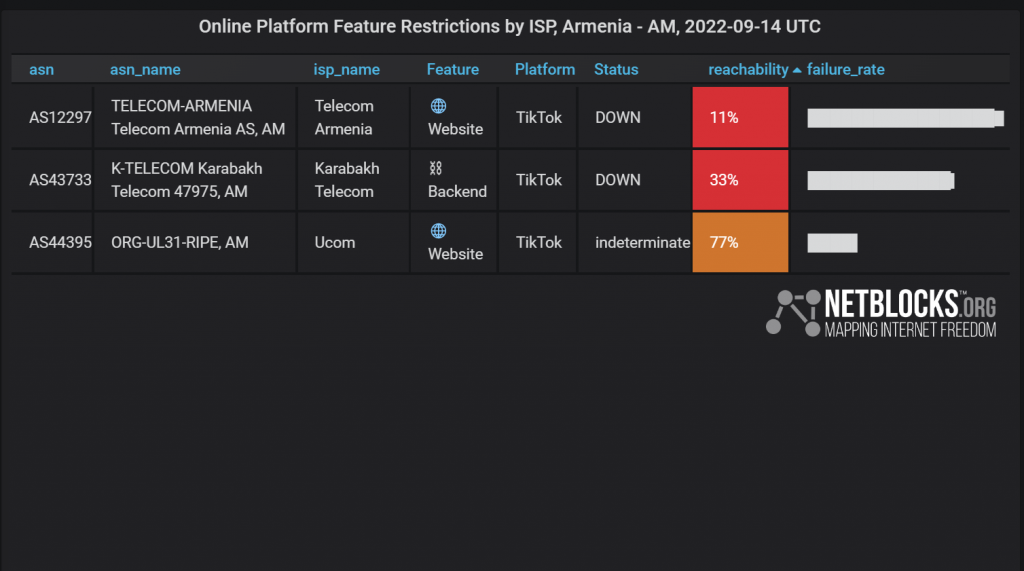