Network data from NetBlocks confirm a significant disruption to internet service in Kashmir with high impact to Srinagar from the early morning of Thursday 2 September 2021 local time. The incident comes after the death of separatist leader Syed Ali Geelani and the imposition of security measures by Indian forces.

Technical data show a disruption to access to India’s internet backbone from approximately 19:30 UTC Wednesday corroborating reported network restrictions, consistent with past recorded internet shutdowns in the region including the extended August 2019 Kashmir internet shutdown. India’s Inspector General of Police announced the restriction of internet services in the Valley.

The disruptions are understood to impact cellular and some fixed-line services, with the precise geographic extent remaining undetermined. Connectivity in the region of Srinagar is indicated at 31% of ordinary peak levels, hence some service may remain available for certain users. Fixed-line service has subsequently resumed, although some users continue to report issues with cellular networks. 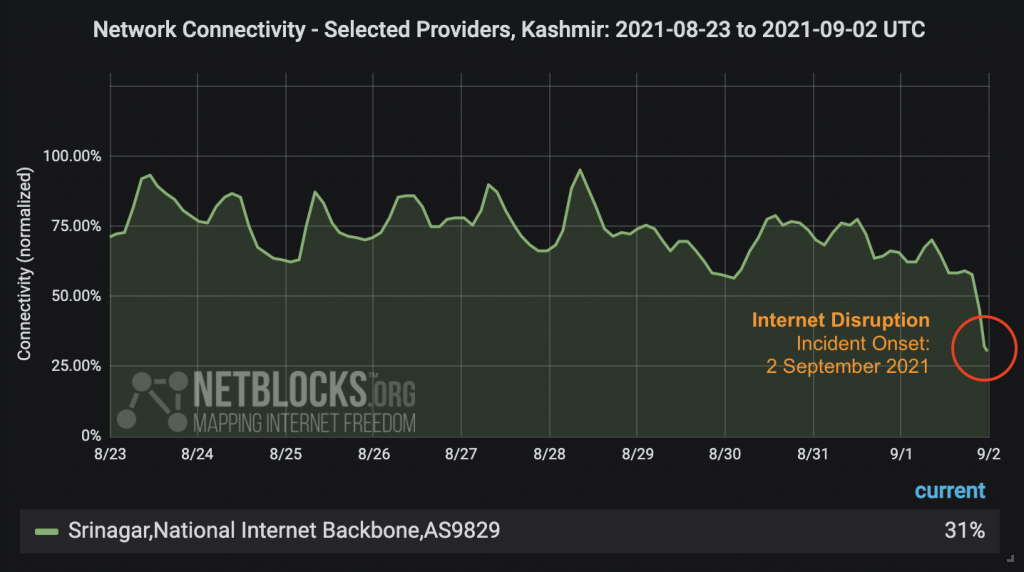