Network data confirm the restriction of social media platforms on multiple internet providers in Turkey on Sunday, 13 November 2022 following a deadly explosion on Istiklal Street in Taksim, Istanbul. The measure was implemented as Turkey’s Radio and Television Supreme Council (RTUK) regulatory authority announced a media ban on the topic of the explosion, and lasted ten hours. Service was largely restored by early Monday morning.

Real-time NetBlocks metrics show that social media and communications platforms Twitter, Instagram, Facebook, YouTube, and some Telegram servers were restricted from Sunday afternoon. The measure was initially implemented on leading network operator Turk Telekom, and subsequently extended to cover most major internet providers. Metrics are taken from an initial set of 50 vantage points across the country and corroborate user reports of service unavailability.

Turkey has a longstanding policy of restricting access to social media platforms following explosions, political incidents and terror attacks. However, the policy has been criticised for limiting access to support and assistance, and curtailing press freedom in times of emergency.

Turkey’s Information and Communication Technologies Authority (BTK) confirmed after the publication of this report that social media restrictions had been imposed to prevent the circulation of images contrary to press ethics from the scene of the incident, per news agency IHA.

This class of disruption can be worked around using VPN services, which are able to circumvent government internet censorship measures. 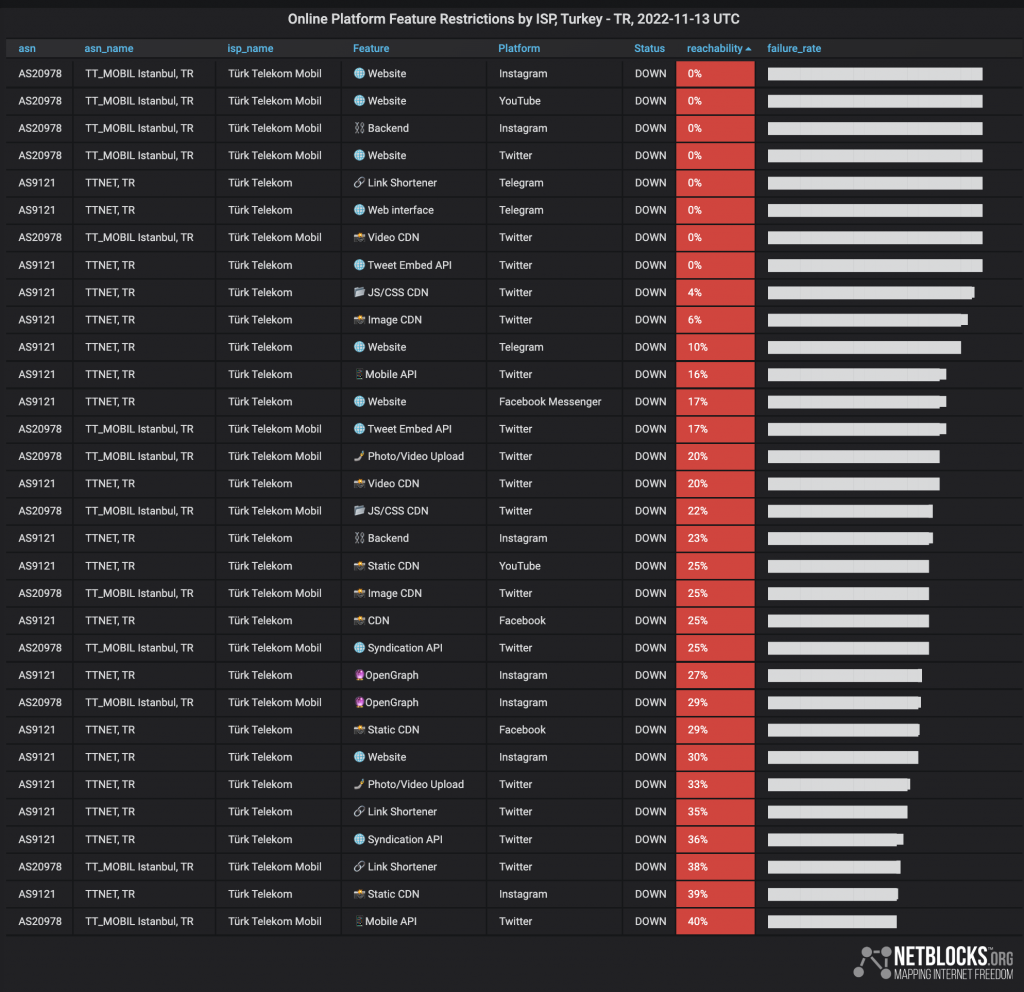