The incident comes amid major protests against water shortages in cities across the southwestern Khuzestan province including Ahvaz, Ramhormoz and Susangerd, experienced as a severe slowing of internet service or near-total internet shutdown that is likely to limit the public’s ability to express political discontent or communicate with each other and the outside world.

Cellular data analysis metrics corroborate widespread user reports of cellular network disruptions, consistent with a regional internet shutdown intended to control protests. Fixed-line and wifi connectivity remains available in the area although users in Khuzestan are understood to be highly dependent on mobile data services. The incident is estimated to have knocked out approximately 3%-4% of Iran’s national mobile data connectivity.

This class of internet disruption affects connectivity at the cellular network layer and cannot generally be worked around with the use of circumvention software or VPNs. Hence, it can severely limit access to information without the implementation of a total or national network blackout. 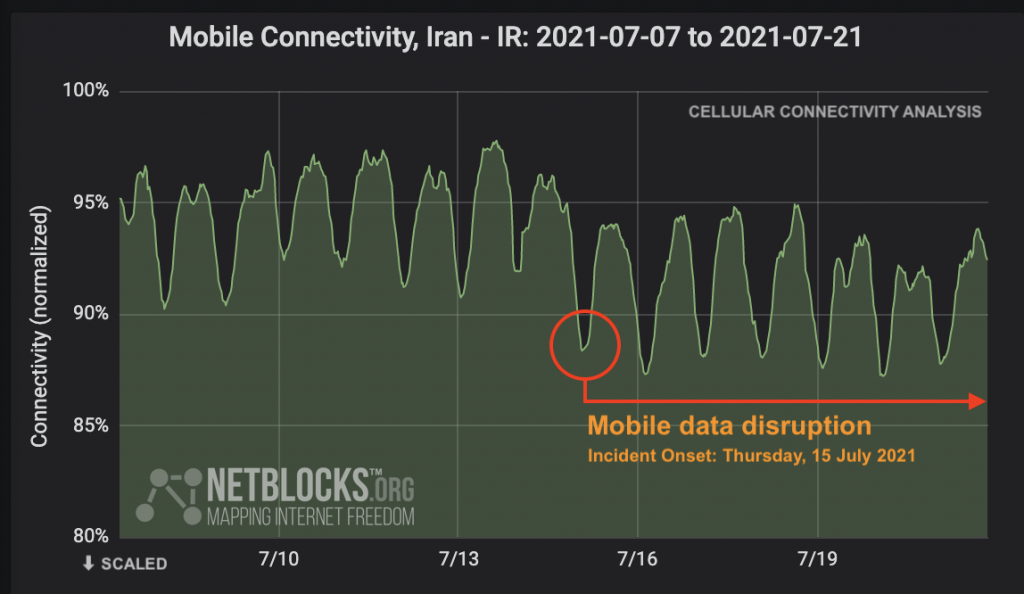 Recent disruptions and shutdowns in Iran