The disruption comes on the day of the first anniversary of the 2019 Internet blackout in Iran, which was imposed as thousands of demonstrators to the streets in protest of rising fuel prices and political restrictions of personal freedoms.

While protests are not reported today, users went online to post memories from the previous year’s protests which saw hundreds killed in clashes with security forces. NetBlocks archives indicate that the the 2019 internet blackout was implemented at almost the same time of day as the present incident:

The disruption is distinct from a total outage. A similar three-hour slowdown documented by NetBlocks on 14 July 2020 as Iranians spoke out against the death penalty following the sentencing of youths who participated in the November 2019 protests:

This class of internet disruption affects connectivity at the network layer and cannot generally be worked around by users. Hence, it can limit access to information without the manifestation of a total blackout. 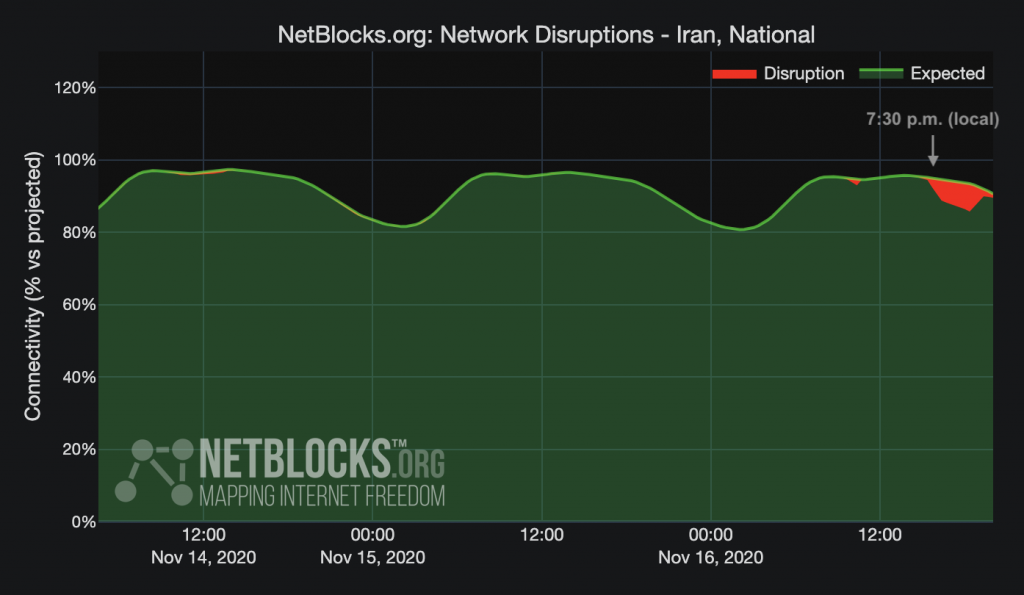