Internet restrictions with regional effect have been registered by the Internet Observatory in Khuzestan Province, southwest Iran from 10 p.m. local time. Verified user reports also indicate disruption to cellular networks further afield. Demonstrations are taking place in Behbahan, Khuzestan with slogans critical of Iranian foreign policy and the economic crisis. In recent days, many Iranians have spoken out against the death penalty following the sentencing of youths who participated in the November 2019 protests.

Disruptions identified on Thursday affect connectivity at the network layer and cannot easily be worked around by users. Hence, they are likely to limit coverage of incidents as they take place.

On Saturday 18 July, compounding the impact of Iran’s network disruptions, Khuzestan’s governorate announced a three-day lockdown of 22 cities and towns in the province including Behbahan citing previously unreported claims of a 100-fold rise in COVID-19 infections.

Iran has faced a series of network disruptions in recent months, with some attributed to external factors, and others to state information controls or targeted internet shutdowns. NetBlocks investigations have helped identify the root causes of these network outages.

In November 2019, Iran deliberately shut down internet access amid widespread public protests. While the shutdown started as a total outage, users gradually regained access as connectivity was selectively brought back after a week.

On 8 February 2020 internet access was cut in Iran as a response to a cyber-attack after authorities activated what they described as the “Digital Fortress” isolation mechanism.

Other disruptions are caused by international connectivity failures, with one recent incident traced to power fluctuations and outages in neighboring Armenia:

Report: Internet in #Iran disrupted due to knock-on effect of power cut in #Armenia 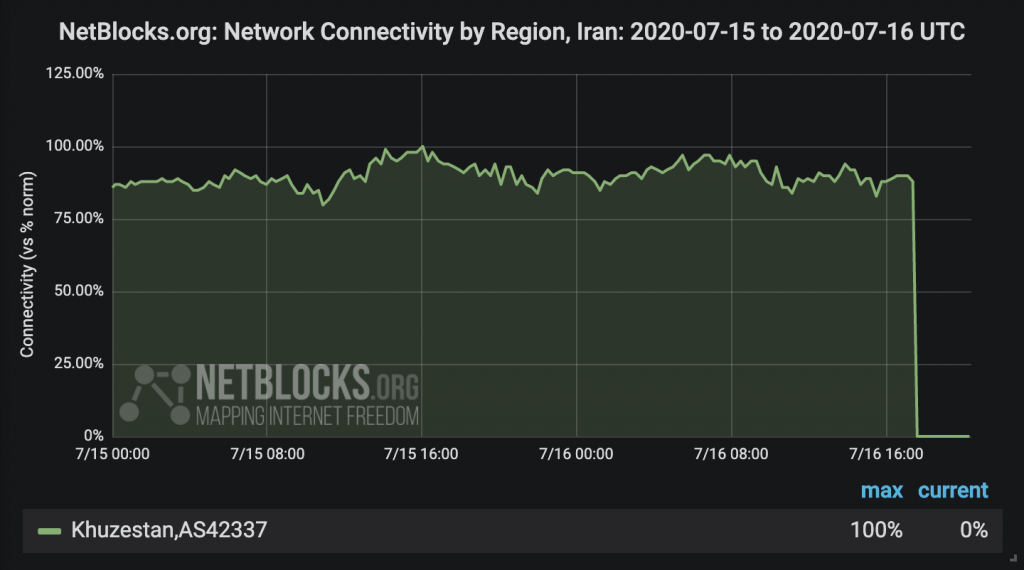