Network data from the NetBlocks internet observatory confirm extensive disruption to telecommunication networks in Iran on the morning of Saturday, 8 February 2020 lasting several hours. Authorities have issued a preliminary statement that the internet shutdown is being implemented to repel a cyber-attack on the country’s infrastructure.

Network data show a distinct fall in connectivity with several of Iran’s leading network operators from approximately 11:45 a.m. local time (08:15 UTC) affecting cellular and fixed-line operators. Partial recovery was observed one hour after the initial shutdown but other networks returned some seven hours after the incident onset. National connectivity fell to a low point of 75% of ordinary levels for a period during the morning.

The outage had partial impact and was ongoing with some network operators at the time of initial reporting. ICT ministry officials state that the a Distributed Denial of Service (DDoS) attack attack was repelled by Iran’s Digital Fortress (Persian: Dejfa), and technical data confirm that networks were disabled during the same time window.

Little is known about the mechanism although similar patterns have been observed by NetBlocks during previous reported cyber-attacks.

Observations are consistent with a targeted disruption and no technical faults are evident at the present time. 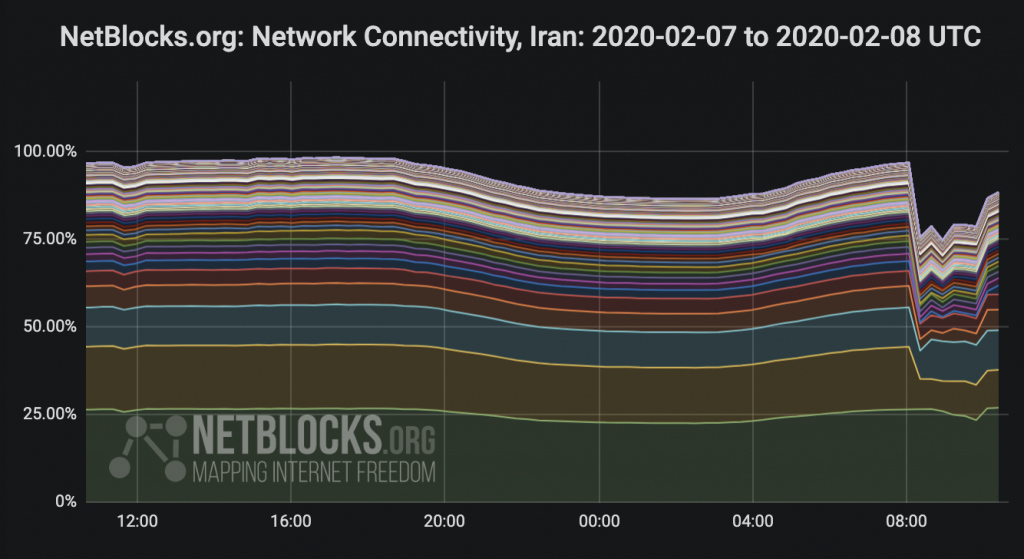 Iran has faced  series of network disruptions through recent months, with some attributed to external factors and others to state information controls to control public protests.

On December 19, Iran was one of several countries to be affected by an international network failure that also caused widespread disruption to Google services and sparked concerns about intentional blocking.