Network data from the NetBlocks internet observatory confirm disruptions to multiple fixed-line and mobile providers in Iran on the morning of Thursday, 19 December. The outage had partial but severe impact for just over two hours and corresponded with lesser internet disruptions in nearby countries.

The timing of the new incident in Iran matches outages of YouTube and Google services in multiple countries on Thursday morning.

A modest fall in connectivity was also recorded in neighboring countries including Turkey and Azerbaijan through the two hour time window.

Investigations are ongoing to identify a root cause origin for the internet disruptions.

The November disruptions were introduced through 24 hours culminating in a disconnection of all mobile networks followed by a near-total national internet blackout and partial shutdown of telephony services lasting several days.

During that period, access to limited national services became available for some users as part of the country’s national intranet, or National Information Network. 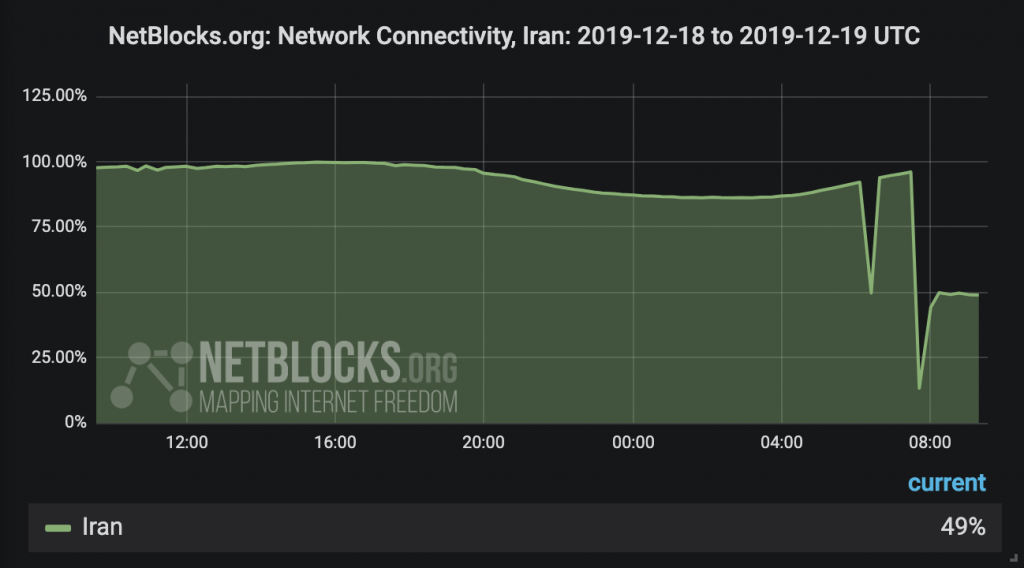