Network data from the NetBlocks internet observatory confirm outages of YouTube, GMail and other Google services in multiple countries.

The disruptions are consistent with a technical error or connectivity fault between regional datacenters and are not related to state filtering of online platforms.

Users in Turkey, Bulgaria and Eastern Europe first reported difficulty accessing multiple Google services on the morning of Thursday, 19 December 2019. The incident sparked fears of an instance of state censorship among some users.

An internet cut was registered across Iran just as international Google service outages began Thursday morning, although causality between the two incidents has not been confirmed.

A modest fall in national connectivity levels was also observed in affected countries, pointing to an international connectivity issue as a likely root cause for the Google outages. The full list of impacted regions remains unknown and no statement has been issued by Google at the time of writing. 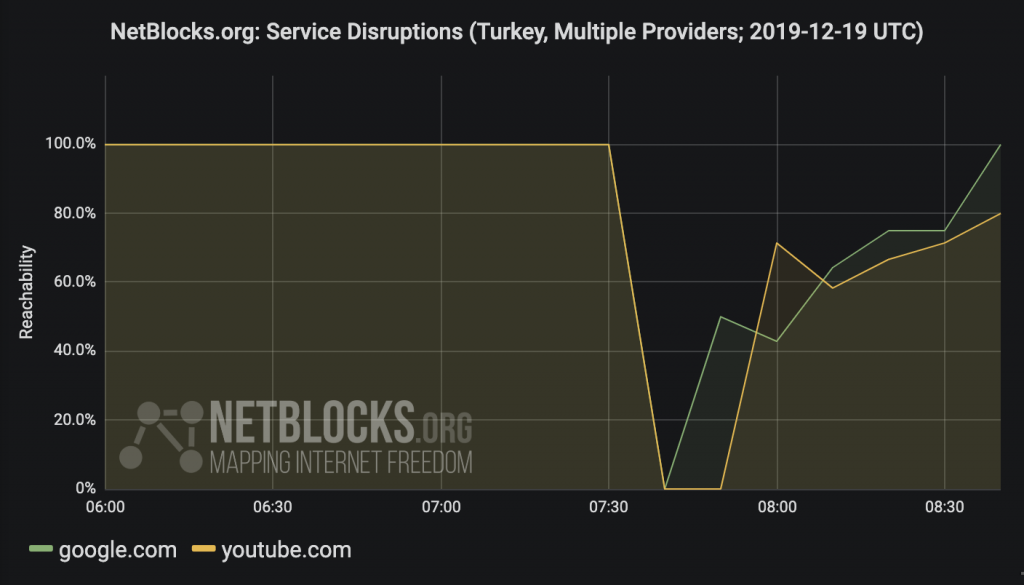