Network data from the NetBlocks Internet Observatory confirm disruptions to internet service in Tehran from 7:00 p.m. local time (3:30 p.m. UTC) on Thursday 8 October 2020. Metrics show an ongoing fall in regional connectivity that came into place as Iranians took to the streets to commemorate outspoken musician Mohammad Reza Shajarian, who passed away at the age of 80.

Shajarian, an acclaimed singer whose following spanned political divides, was banned from performing in his country after speaking out in support of Iran’s 2009 anti-government protests.

Shortly before the telecommunication disruption came into effect, videos appeared on social media showing gatherings outside the hospital where Shajarian was being treated while users began to report connectivity issues and slowdowns.

The internet disruption shares characteristics with previously recorded partial, localized restrictions observed during periods of unrest in Iran. On 14 July 2020, a similar incident was documented by NetBlocks as Iranians spoke out against the death penalty following the sentencing of youths who participated in the November 2019 protests:

This class of internet disruption affects connectivity at the network layer and cannot be worked around by users. Hence, they can limit coverage of incidents as they take place. 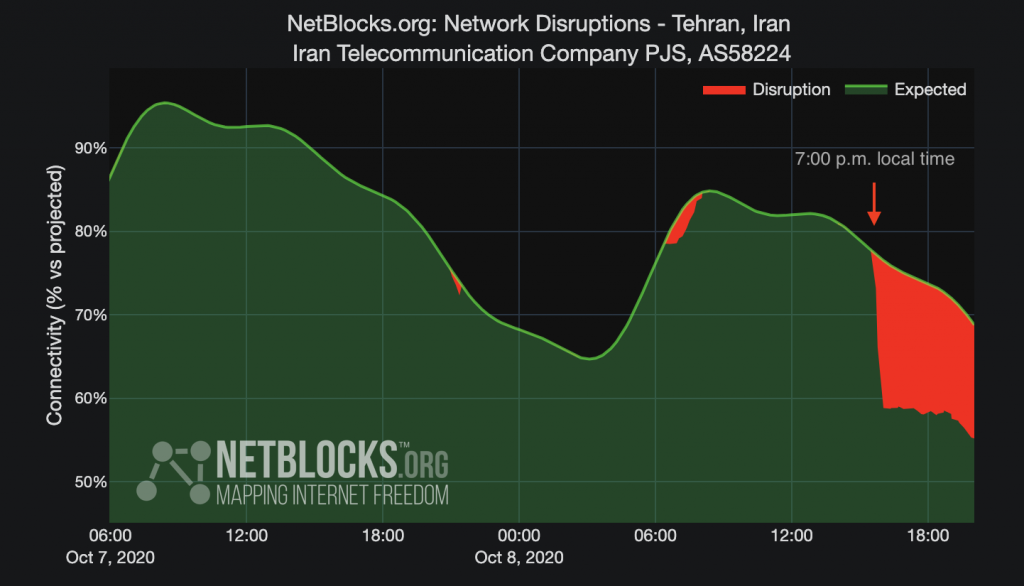