Network data from NetBlocks confirm a significant disruption to internet service in Sudan from the morning of Tuesday 25 October 2022 affecting cellular and some fixed-line connectivity on multiple providers. The incident lasted approximately eight hours and came ahead of planned pro-democracy protests to mark the first anniversary of the 2021 Sudanese military coup, when internet shutdowns were imposed to silence public dissent.

ℹ️ Update: Internet connectivity is being restored in #Sudan after service was disrupted on multiple providers amid protests against the military junta and calls for civilian rule, one year after the 25 Oct 2021 coup; incident duration ~8 hours

News of an internet shutdown order issued to operators circulated a day prior to the incident, as demonstrators scheduled anti-coup protests in multiple cities of Sudan.

Metrics corroborate user reports of network disruptions appearing consistent with an internet shutdown affecting multiple internet providers. The disruption is likely to limit the free flow of information online and suppress news coverage of incidents on the ground.

As a result, Sudan ranks 2nd amongst African countries in terms of the intensity and severity of internet disruptions and social media restrictions per Surfshark’s internet shutdown tracker. Eight out of ten Africans have experienced the impacts of internet and social media shutdowns according to the research. 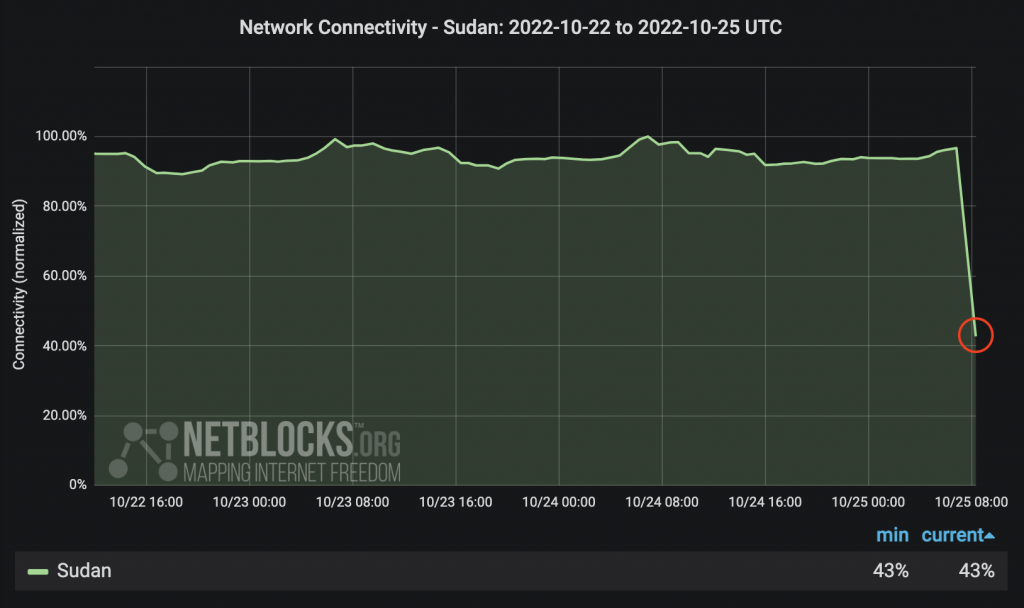