The restoration comes only days after Sudan’s leader Omar al-Bashir declared a yearlong state of emergency and banned unauthorized assembly and public protest.

The present findings are based on 37000 network measurements taken from 258 vantage points across Sudan on Tuesday.

During the outages hundreds of Sudanese internet users participated in an ongoing network measurement study, which has produced a detailed record on the technical, social and economic impact of the disruptions, allowing local communities to develop policies in support the restoration of connectivity.

Since December, internet users in Sudan have resorted to VPN circumvention tools to remain connected to social platforms. Usage of these tools  continues to be recommended to protect users’ privacy and remain prepared for any further disruptions. 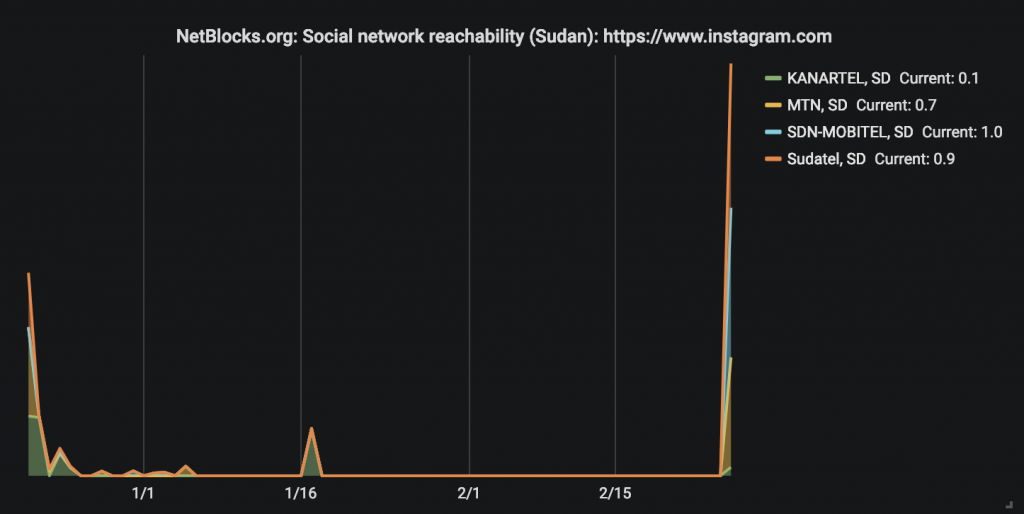