Algeria has cut access to most social media platforms, as of 1:15 p.m. UTC, Sunday 16 June 2019 according to NetBlocks network measurement data, in an apparent bid to counter cheating during national baccalaureate school exams which will last 5 days according to the minister of education.

Update: Sunday 16 June 2019 – 3:30 p.m. UTC: Access to restricted services has been restored by Algeria Telecom as of 3:30 p.m. UTC. The Ministry of Education has provided a schedule of upcoming exams for reference.

Social media restrictions and regional internet shutdowns were previously observed by NetBlocks during protests against the rule of president Abdelaziz Bouteflika. However, internet access had been largely unfiltered since his resignation up to the present. The current list of blocked sites is among the most extensive NetBlocks has recorded globally through recent months.

While Algeria has a history of exam blackouts, Sunday’s internet disruptions come as street protests continue, and as Algeria’s former PM and former finance minster appear in court, inviting speculation over alternative political motivations for the cuts.

In recent days, Ethiopia blocked internet access nationwide for four consecutive days as part of measures appearing to target secondary school exam cheats, a measure which businesses and internet users criticised as being disproportionate and harmful to economic confidence and growth. 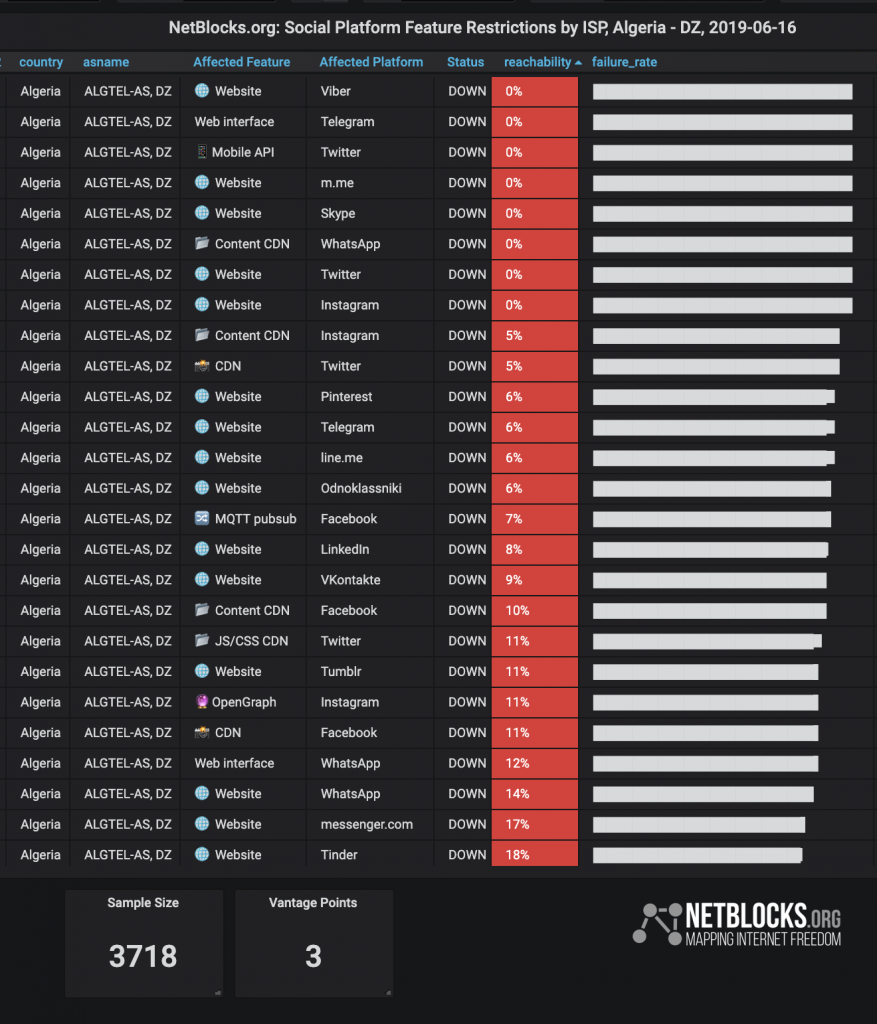