Network data shows that Venezuela’s state-run internet provider ABA CANTV (AS8048) restricted access to Instagram and Periscope 16:45 UTC (12:45 VET 27 April 2019) up until 17:10 UTC (13:10 VET 27 April 2019), for just under half an hour. The nationwide block coincides with a live-streamed speech by Juan Guaidó from Plaza Brión in Chacaíto, Caracas.

Findings are based on 550 network measurements taken across Venezuela. Unlike previous recent episodes of social media filtering, YouTube was only briefly affected but then restored, and unrelated Google services were not affected in this instance.

During the censored speech, Guaido discussed work to organize delivery of aid, and raised concerns over prevalent state media censorship of TV and radio broadcast media, highlighting the importance of social media in keeping citizens informed. 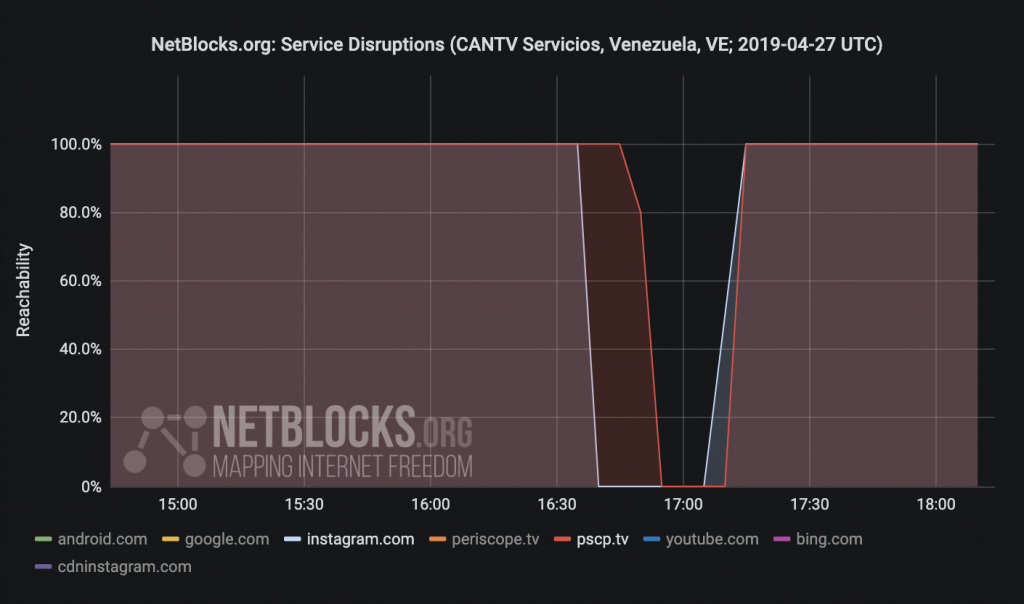