Network data from the NetBlocks internet observatory show total or partial loss of connectivity to most privately-owned service providers in Venezuela. The disruption is the result of a planned maintenance operation for an undersea cable scheduled for Sunday, 1 December, one of a half a dozen cables which connect the country to the rest of the world. State-run network operator CANTV remains largely unaffected, as does cellular operator Digitel.

Update: Connectivity has largely been restored as of 6pm local time, following the nine-hour disruption:

Operators Movistar, Inter Empresarial, and infrastructure provider CenturyLink announced expected disruptions to service the previous day due to maintenance work scheduled between 8am and 3pm Sunday:

Venezuela’s internet connectivity has been stymied throughout 2019 by failures of the national power grid since March, ageing infrastructure and dozens of instances of nation-scale internet censorship.

Analysis: Did #Venezuela just announce plans for a sovereign internet? We explore today's launch of a state-run National Telecommunications Corporation which will unite public and private operators using investment from Huawei #23May 📰https://t.co/Y6iMojcRTe 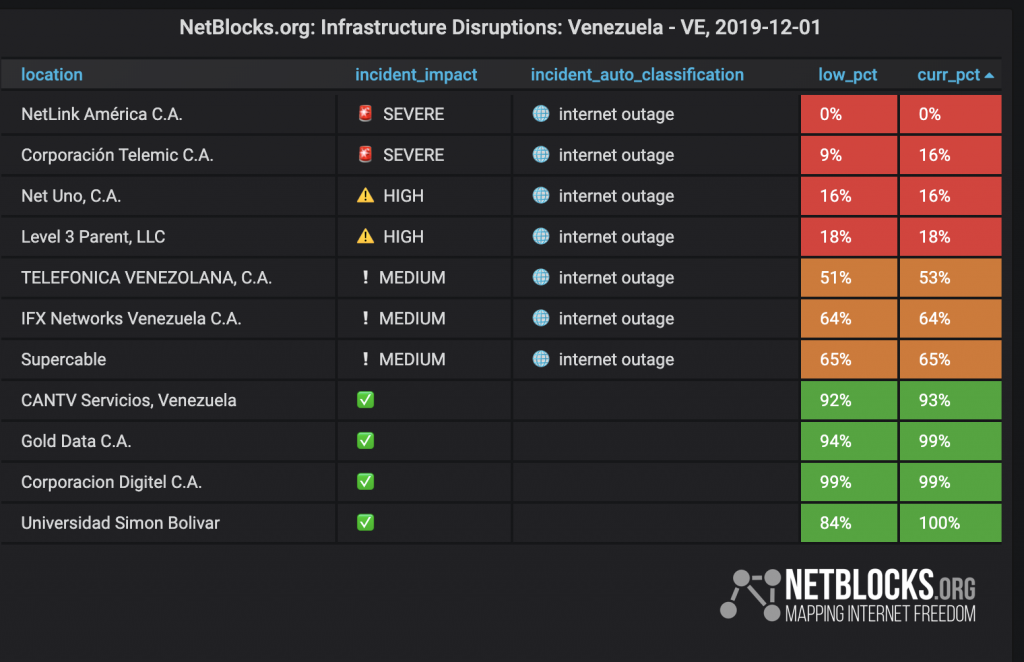