Network data from NetBlocks confirm partial disruption to social media and messaging platforms in Cuba from 12 July 2021. The targeted restrictions are likely to limit the flow of information from Cuba following widespread protests on Sunday as thousands rallied against the socialist government’s policies and rising prices. The incident continued until Sunday 18 July 2021.

NetBlocks metrics show that communications platforms WhatsApp, Facebook, Instagram and as well as some Telegram servers have been disrupted on government-owned ETECSA (Empresa de Telecomunicaciones de Cuba, S.A. / AS27725) including Cubacel, the cellular network operated by Cuba’s sole telecommunications company. Access to the YouTube streaming platform and Google Video servers has also subsequently been limited. Findings corroborate user reports of disruptions to the services.

VPN services, which can work around internet censorship, remain effective for many users at the time of writing.

A brief, partial return of service was observed on Thursday afternoon local time, however the restoration was not sustained:

Work is ongoing to to review frameworks relating to the targeted restriction of service during the time in question. NetBlocks identified a similar pattern of social media restrictions during the San Isidro protests for artistic freedom in Havana in November 2020.

Demonstrations calling for social and political freedoms have widened since last year, with police flooding the streets on Monday as social media restrictions were found to come into effect.

NetBlocks recommends that governments comply with international norms and internet governance frameworks and ensure reliable internet connectivity including at times of political unrest. 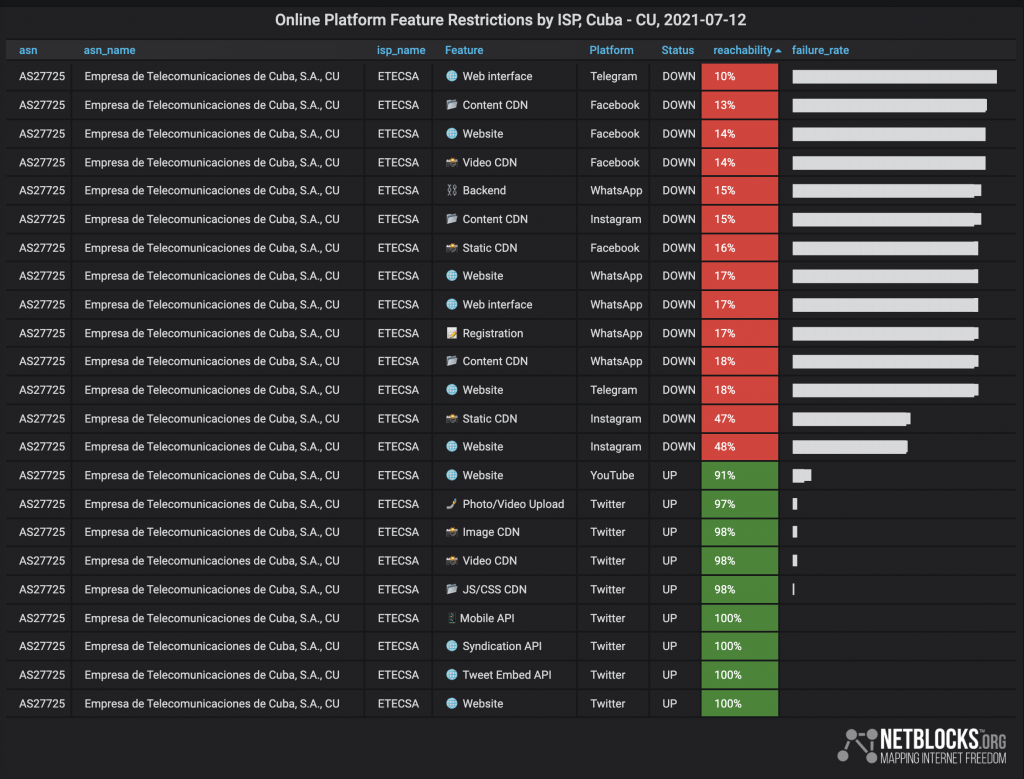