NetBlocks metrics confirm the restriction of multiple social media platforms including Facebook, Twitter, WhatsApp, Viber and YouTube in Sri Lanka after midnight on Sunday 3 April 2022 local time, with service largely restored after 16 hours. The incident comes as the government declares a state of emergency, imposing curfews to counter widespread protests over the economic crisis.

Sri Lanka has a history of imposing nationwide social media restrictions at times of unrest. The list of restricted platforms in this instance appears largely consistent with the list used during previous national social media bans imposed by authorities.

ℹ️ Update: Metrics show that access to social media and messaging apps is being restored in Sri Lanka after restrictions were imposed by the Defence Ministry to help "people to maintain calm" amid protests; duration ~16 hours #EconomicCrisisLK

Earlier, NetBlocks tracked a significant decline in connectivity levels on internet provider Dialog from 29 March coinciding with the onset of the protests:

Meanwhile, some activists report being unable to get online at protests. The situation remains under observation. pic.twitter.com/x6NHq4lEmQ

The platforms can be accessed indirectly through the use of VPN services, which can work around government-imposed internet restrictions. The mobile app versions of some of the services remained accessible on certain devices due to the partial implementation of the ban at the time of writing.

NetBlocks recommends against the use of social media platform restrictions to counter protests, given their disproportionate impact to fundamental rights including freedom of expression and freedom assembly. 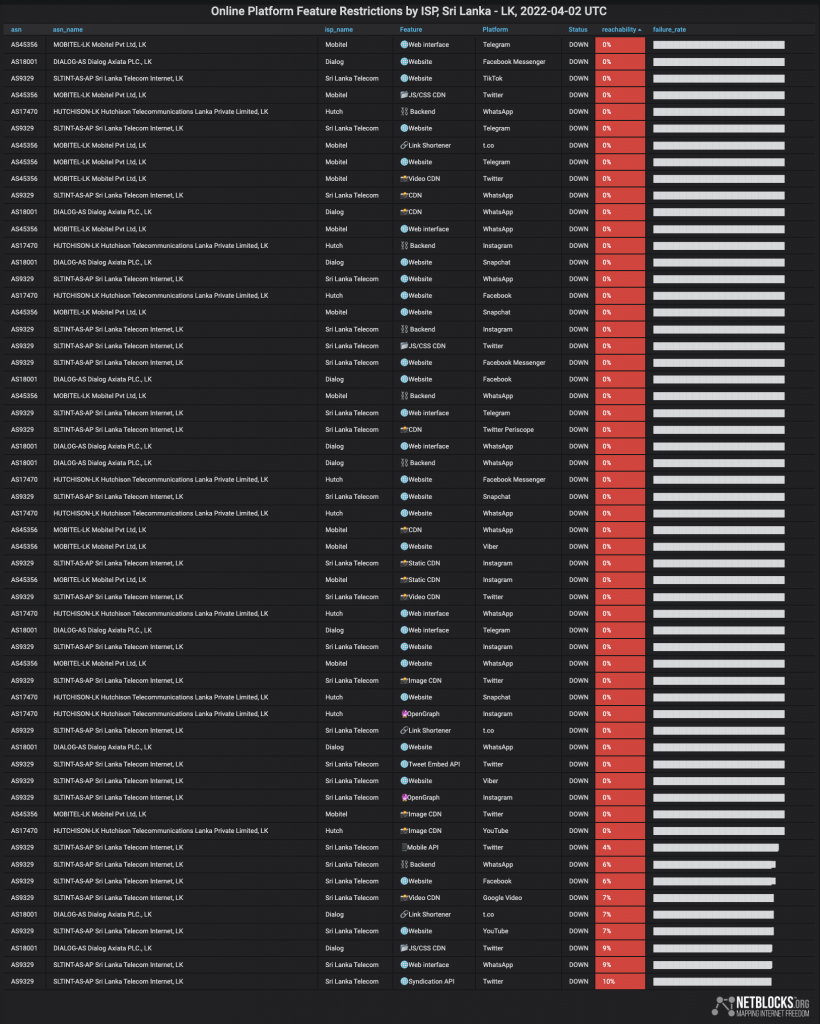