NetBlocks metrics confirm disruptions to internet service on multiple providers across Pakistan after 5 p.m. local time Wednesday 25 May 2022. The incident comes as the government moves to ban rallies and a march to the capital organized by ousted Prime Minister Imran Khan.

Real-time network data show the restriction coming into effect across multiple providers in a pattern consistent with an intentional disruption to service, corroborating user reports of outages in multiple cities. Authorities have also deployed road barriers to push back the march per reports. Service was restored after approximately two hours following a backlash from subscribers, and some internet providers claimed an issue in the country’s web filtering infrastructure.

Pakistan has a history of imposing nationwide internet restrictions at times of unrest. The disruption affects service at the network layer and cannot be readily worked around through the use of VPN services. Some service remains available via alternative internet providers. 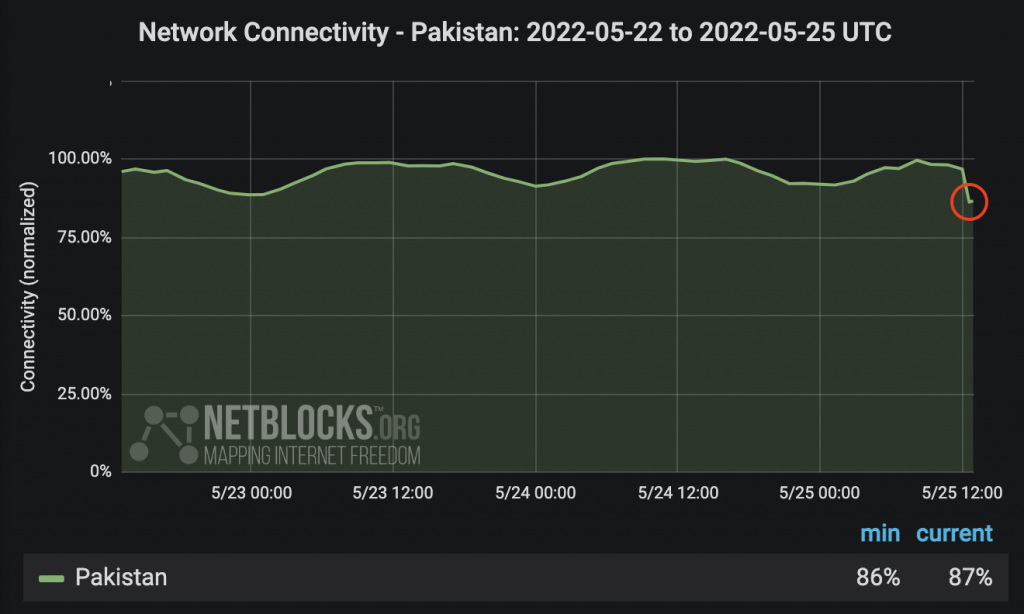