NetBlocks metrics confirm the disruption of YouTube on multiple internet providers in Pakistan on Sunday 21 August 2022. The disruption comes as former Prime Minister Imran Khan makes a live broadcast to the public, despite a ban issued by the Pakistan Electronic Media Regulatory Authority (PEMRA).

⚠️ Confirmed: Metrics corroborate reports of a disruption to YouTube in Pakistan on multiple internet providers; the incident comes as former PM Imran Khan live streams on the platform despite a ban by media regulator PEMRA

Real-time network data show the disruption in effect on some but not all mobile and fixed-line internet providers in Pakistan during the live-streamed speech. Access was restored after the speech concluded. The study is taken from a sample size of 100 measurements from 14 vantage points across Pakistan.

Update: Metrics confirm that access to YouTube has again been disrupted on Tuesday 6 September 2022 as Khan appears on screen to give a live speech at the Peshawar Jalsa:

⚠️ Confirmed: Metrics corroborate reports of a new disruption to YouTube in #Pakistan; the incident comes as former PM Imran Khan appears on screen to live stream a speech on the platform, following a pattern observed in August #PeshawarJalsa

The second incident comes despite the lifting of the PEMRA ban on Khan’s speeches by the Islamabad High Court. As with the first instance, access was restored after the end of Imran Khan’s speech.

⚠️ Update: Metrics confirm that YouTube is disrupted on multiple internet providers in #Pakistan as former Prime Minister Imran Khan live streams; the restrictions come despite the lifting of PEMRA's ban on Khan's speeches by the Islamabad High Court

This class of disruption can be worked around using VPN services, which are able to circumvent government internet censorship measures. Metrics are consistent with an intentional disruption to service applied centrally at Pakistan’s national internet backbone.

NetBlocks recommends against the use of network disruptions and social media restrictions to limit political speech, given their disproportionate impact to fundamental rights including freedom of expression and freedom assembly. 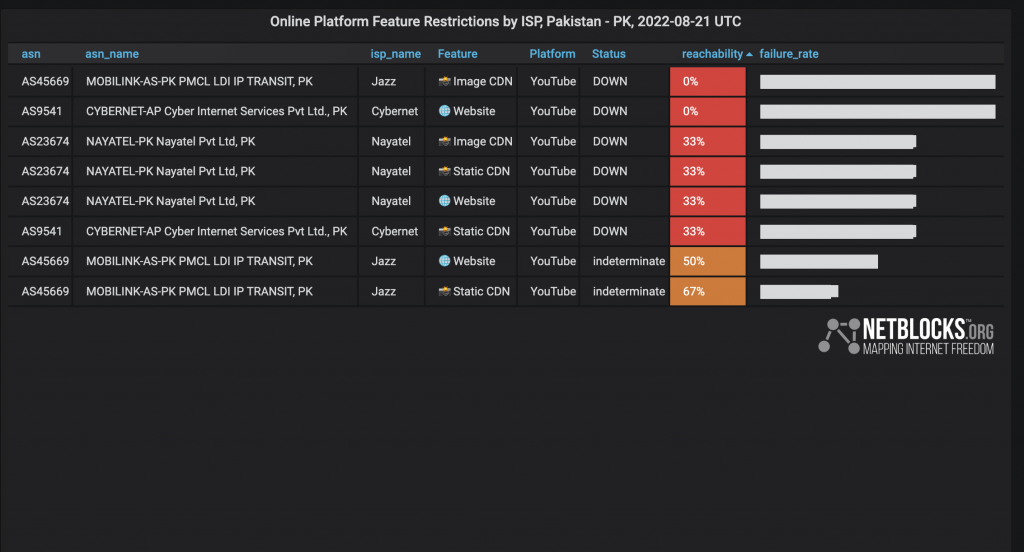 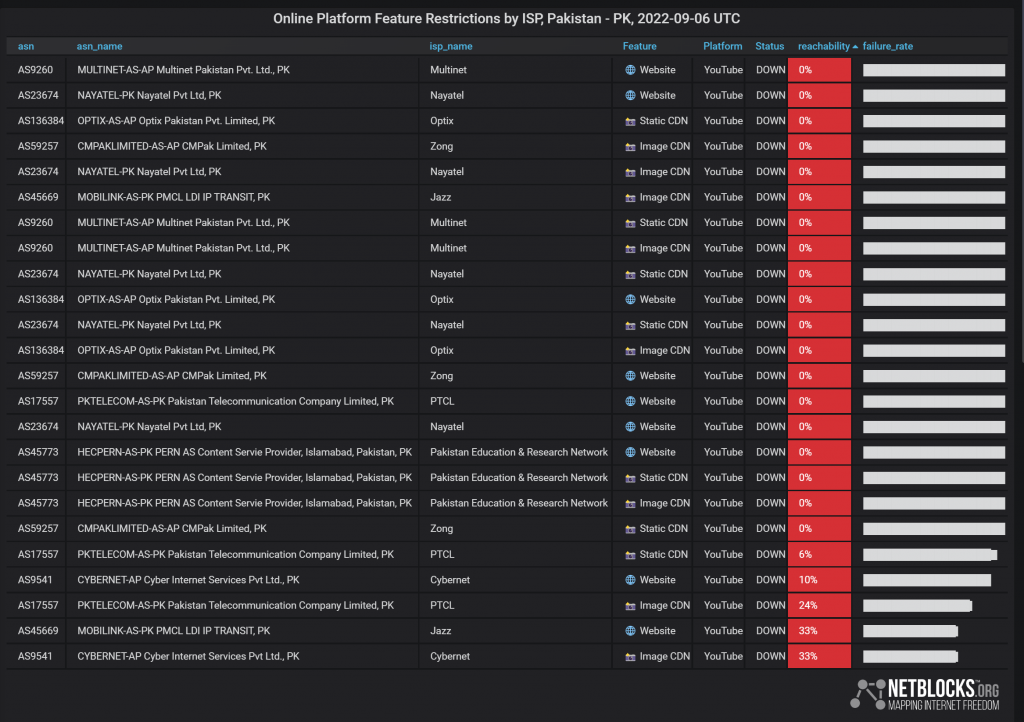