NetBlocks metrics confirm a significant disruption to internet connectivity on multiple providers in Bihar, eastern India from Friday 17 June 2022 until Tuesday 21 June. The incident came as the government imposed telecommunications restrictions to counter protests over a new military recruitment plan.

The Agnipath recruitment scheme for soldiers in India’s Army, Navy and Air Force, has been fiercely contested by the political opposition, with protesters amassing throughout the state.

Real-time network data show the telecommunications restrictions coming into effect across multiple providers in Bihar in a pattern consistent with an intentional disruption to service, corroborating user reports of outages in multiple cities in the state.

The incident has high observable impact, and affects both fixed-line and mobile connectivity, although a total blackout is not evident at the time of writing. India frequently implements localised internet disruptions, although such widespread information blackouts are rare. 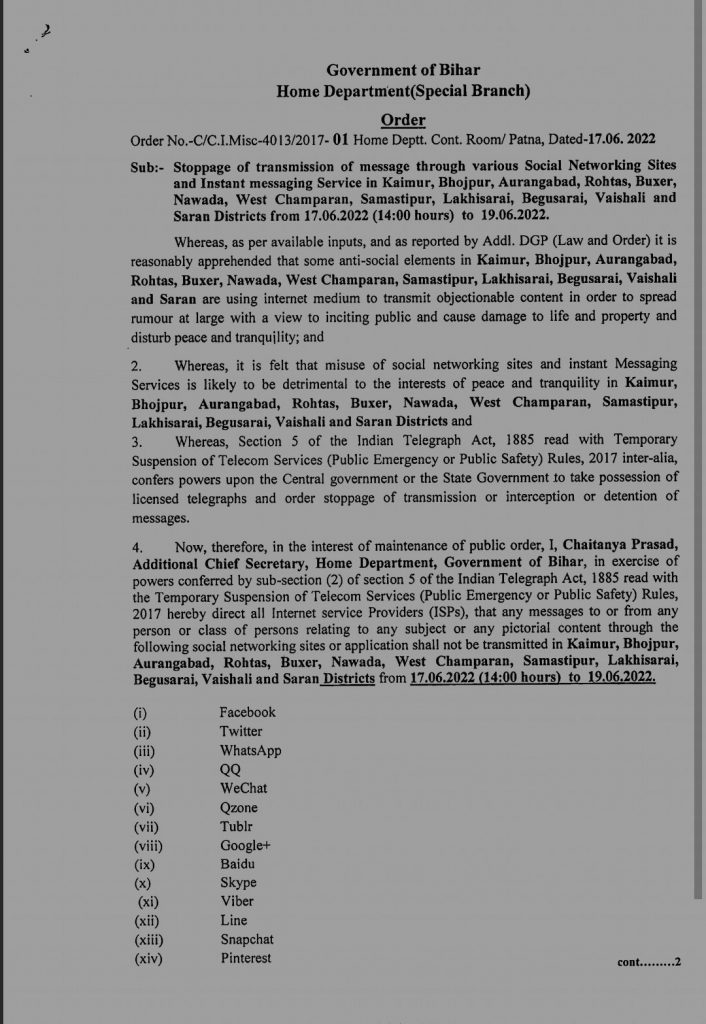 A government-issued order to internet providers in Bihar dated 17 June 2022 demands that the companies restrict access to a lengthy list of online services to prevent the transmission of “objectionable content in order to spread rumour at large with a view to inciting [the] public and cause damage to live and property and disturb peace and tranquility.” 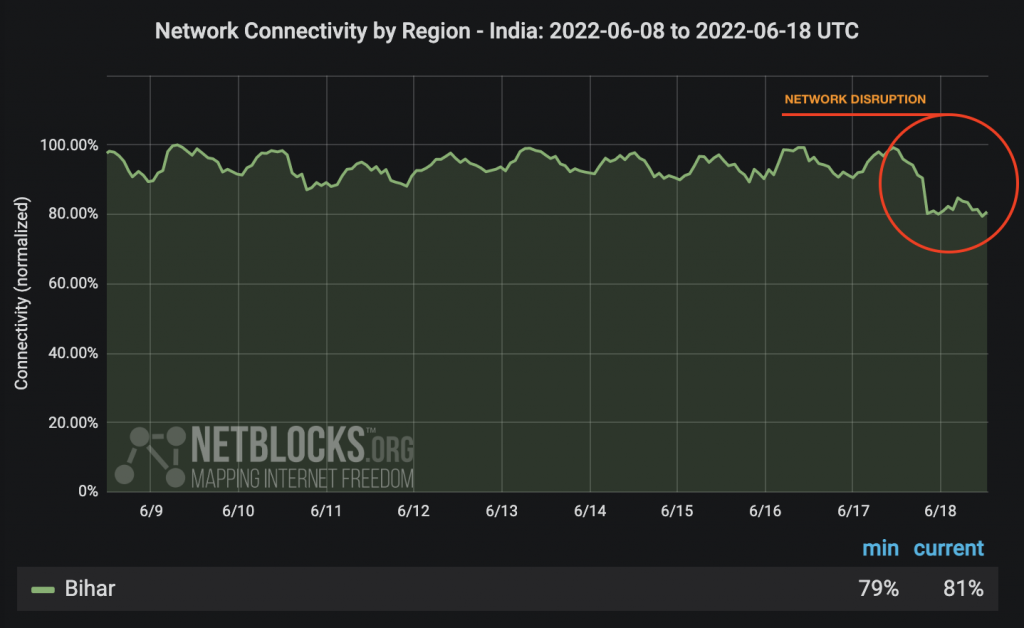