Facebook, WhatsApp, Instagram, YouTube, Viber, Snapchat and Facebook Messenger have been blocked in Sri Lanka following a series of scheduled bombings targeting churches and hotels in Sri Lanka, according to NetBlocks network measurement data. The incident is ongoing at time of writing.

The NetBlocks findings, collected with assistance from volunteers across Sri Lanka, are consistent with and corroborate user reports complaining of difficulty accessing the online platforms.

Updated network data 11:50 AM UTC 22 April indicate that the services remain blocked, with the addition of the website of a VPN service that could be used to circumvent the restrictions:

Concerns have been raised over the impact to citizens’s ability to communicate and impart information in the midst of crisis. Many Sri Lankan internet users are complaining about difficulty checking up on friends and family following the attacks.

Sri Lanka’s government announced a curfew in the aftermath of the incidents to start from 6:00 PM local  time, although the internet restrictions have been implemented before the given time.

Sri Lanka previously blocked social media for over a week after violence broke out in March 2018. 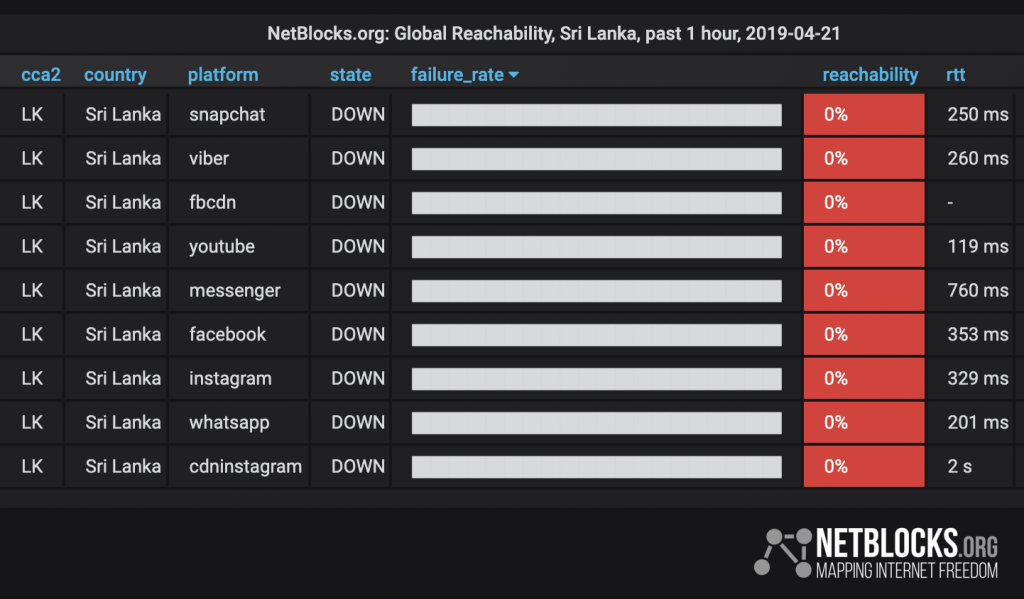