Network data from the NetBlocks internet observatory confirm that internet has been cut regionally in Ethiopia from 1 a.m. Wednesday 4 November 2020 local time. Metrics corroborate widespread reports of a data and telephony blackout in the northern region of Tigray, which are ongoing as of midnight.

Minutes after the network disruption was registered by the observatory, Prime Minister Abiy Ahmed announced via his verified Twitter and Facebook accounts that a “red line” had been crossed and that military action was being taken to “save the country” from restive groups.

The new telecommunications blackout is understood to be the latest in a series of internet shutdowns imposed by the central government of Ethiopia. Measures imposed during security operations have limited news coverage and visibility around incidents on the ground during calls for autonomy and independence from the federal system. Political reforms promised by Prime Minister Abiy Ahmed have largely stalled amid the collapse of security and killings fulled by ethnic divisions since 2018.

NetBlocks has tracked national and regional internet shutdowns imposed by the government of Ethiopia including a multi-week internet shutdown that came into effect in June 2020 after the killing of activist-singer Hachalu Hundessa, and a similar blackout in 2019 following an alleged coup attempt in the Amhara region. 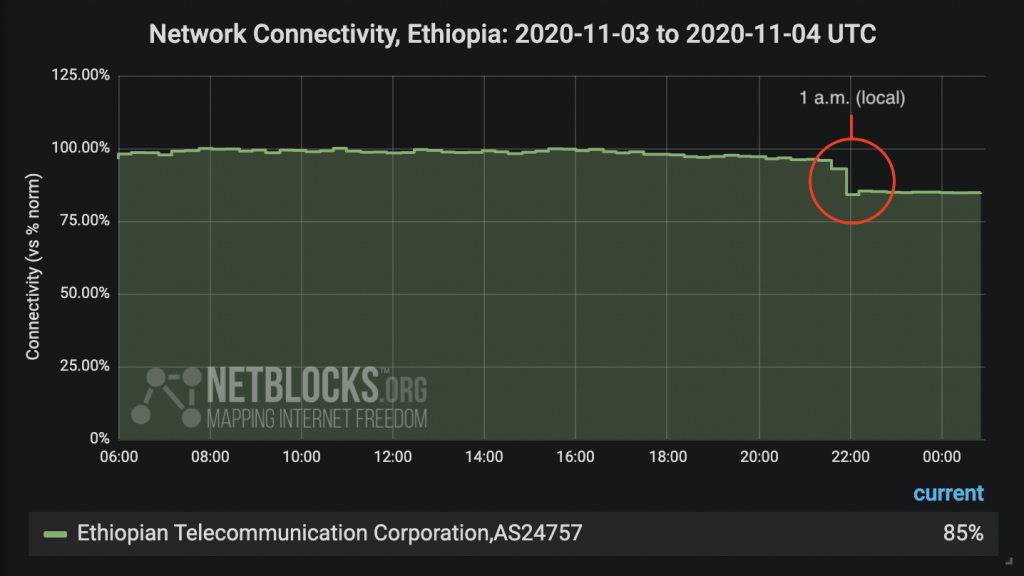