NetBlocks has identified a nation-scale power outage in multiple Central Asian countries including Uzbekistan, Kazakhstan and Kyrgyzstan. Real time network data showed severe impact to telecommunications infrastructure leaving only 37% of Uzbekistan’s observable internet connectivity online, with Kazakhstan and Kyrgyzstan seeing a more rapid recovery. Some service has been restored at the time of writing but Uzbekistan’s outage has continued into the night.

The power outage has affected #Uzbekistan, and parts of #Kazakhstan and #Kyrgyzstan simultaneously, and follows the disconnection of a shared power cable serving the countries.

The incident is attributed to the disconnection of a Soviet-era power line shared between countries in the bloc. Metrics indicate that impact is highest at the edge of the network while critical infrastructure and telecommunication exchanges are less impacted, likely due to the use of backup power and generators.

⚠️ Update: Significant power outages continue in #Uzbekistan after the disconnection of an Soviet-era international power line at ~6 am UTC, with service being restored district by district; #Kazakhstan and #Kyrgyzstan have largely recovered 🔌

Kazakhstan only recently emerged from a nation-scale internet shutdown amid anti-government protests triggered by rising energy prices. Work is ongoing to report on the disruptions and their impacts. 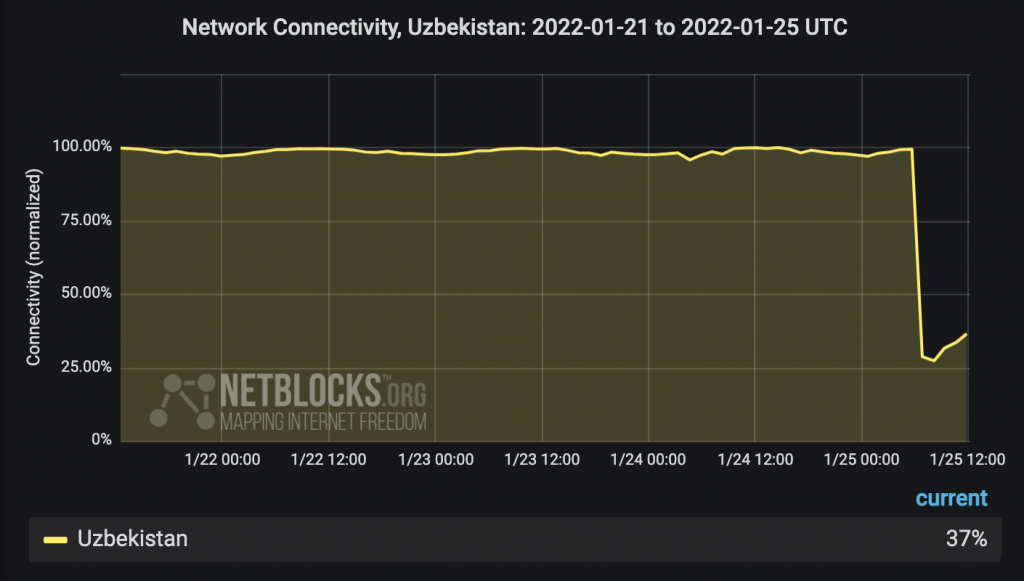 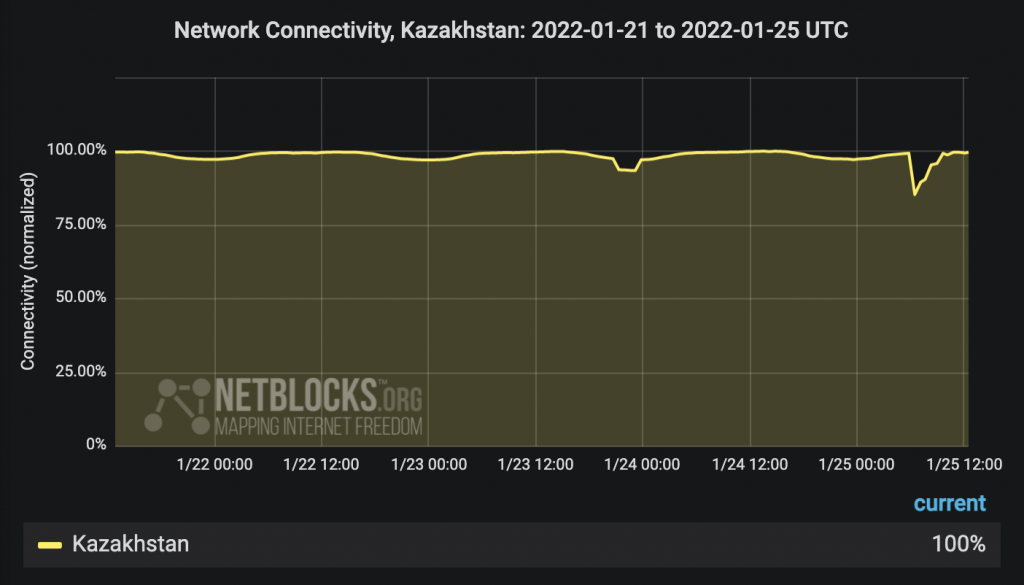 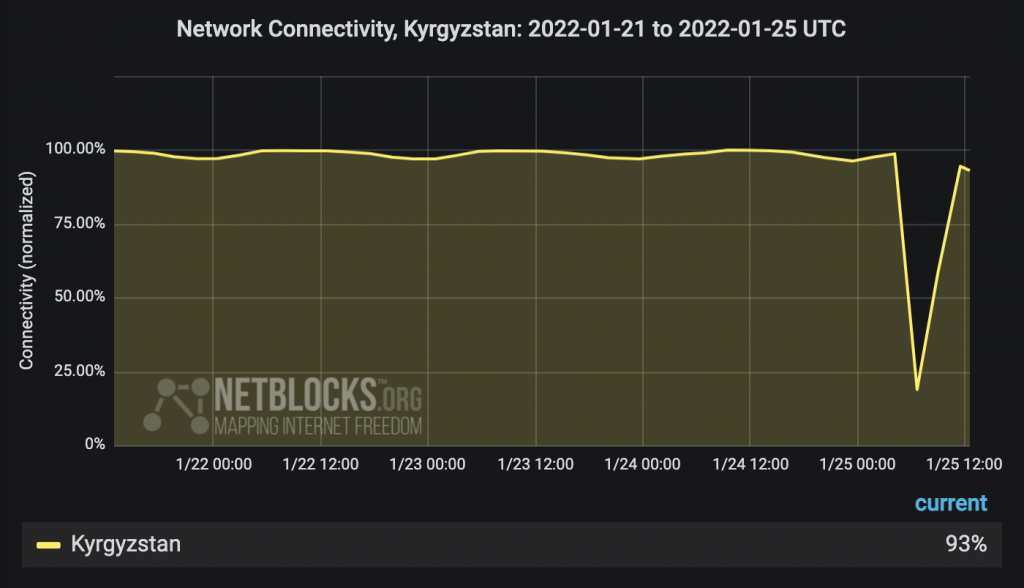