Metrics from NetBlocks indicate a major power outage in Malawi from the afternoon of 24 January 2022. The disruptions began as Tropical Storm Ana made landfall on Monday, with rainfall inundating the south of the country.

⚠️ Confirmed: Tropical Storm #Ana has knocked out power and internet connectivity in #Malawi; the incident is likely to hinder search and rescue efforts as casualties are reported 📉

Real time network data show severe ongoing impact to telecommunications infrastructure leaving national connectivity at 72% of ordinary levels as of Wednesday morning. The outages resulting from the storm are likely to hinder search and rescue efforts.

Tropical Storm Ana has left dozens dead with the number of casualties unknown. It also impacted neighbouring Mozambique and Madagascar, although national infrastructure has not been as significantly affected in those countries. 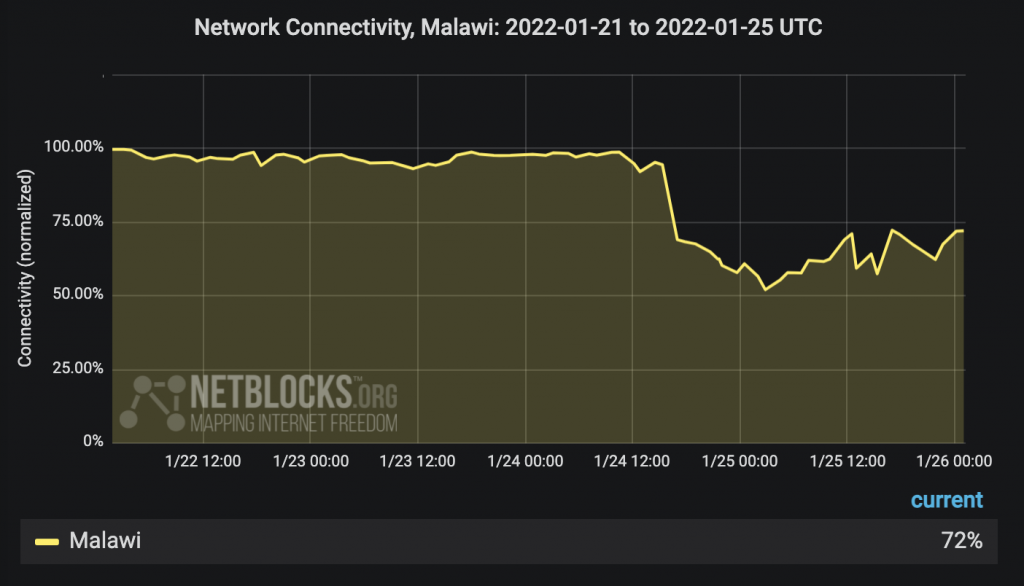